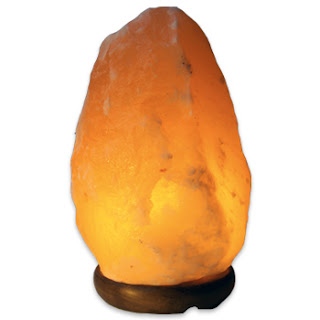 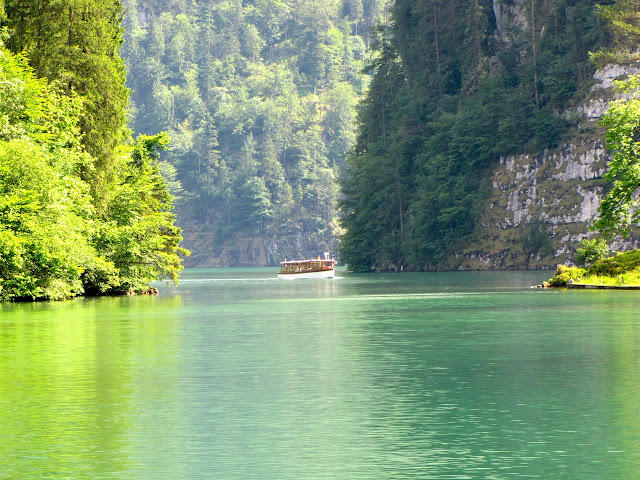 Boat Emerging from Lake Königsee
----------------------------------------------------
Our boat sailed back across the lake giving me a replay of all the beautiful sights I had previously encountered.  We stopped briefly at St. Bartholomä to pick up additional passengers wishing to return back to Königsee and within minutes the boat was filled to capacity.  We cast off for the final leg our our journey with less than an hour remaining before I was scheduled to be picked up by the big rock thingy... kind of near McDonald's!  After coming ashore I had a few minutes to rehydrate with an ice cold Coca-Cola Light and explore the shops along the way with exterior merchandise on display.  Many people were browsing through the traditional clothing store selling authentic women's dirndl and men's lederhosen along with hats and every accessory you would ever need.  There were several vendors selling salt lamps, a popular souvenir with a unique Berchtesgaden twist.  The lamps are carved from a large chunk of mineral rock salt taken from one of the local mines.  The center of the rock chunk is hollowed out to make room for a light bulb, which causes the salt to glow with a pinkish or bight orange hue.  I was tempted since they were reasonably priced but wasn't sure how fragile it was or if the lamp would survive the long flight home in a suitcase.  There were also traditional hand carved wooden cuckoo clocks and birdhouses, along with the standard postcards, key chains, t-shirts, and you can guess the rest.  The souvenir shops were complimented by every variety of food imaginable, which was extremely tempting but I passed them by to make sure my ride home hadn't arrived early. 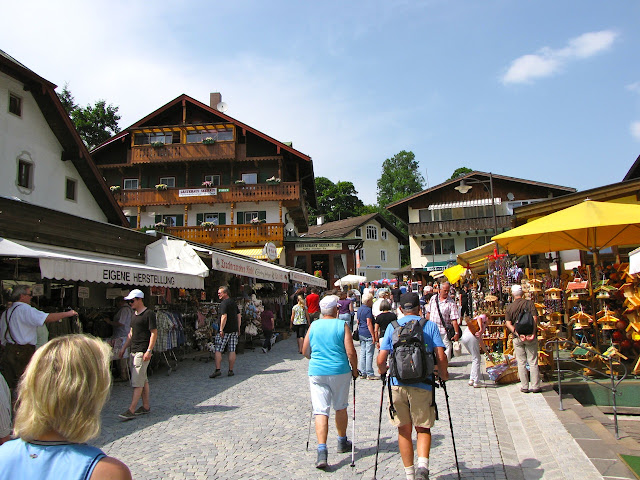 Shops Along the Walkway of Königsee
-----------------------------------------------------
Following a few brief pit stops along the walkway, I went directly to our meeting spot not wanting my hosts to have to wait for me.  However, the Mittermeier clan or their BMW wagon were nowhere to be seen.  I wanted to stay close by so I wouldn't miss them but I was also very hungry by this point.  I needed to get something to eat and fast but could I really stoop so low as to go the route of fast food?  The previously mentioned McDonald's was about fifty yards behind me on the extreme edge of the Königsee parking area and was beginning to look more alluring my the minute.  The only other quick option was to get another bratwurst from the sidewalk vender who was even further away but... been there done that twice already.  In all honesty, I was a little curious to see how well the Germans could duplicate the finest American fast food cuisine on the planet.  Before I could stop myself I was following my stomach across the parking lot toward the home of the Golden Arches and the big creepy clown himself, Ronald McDonald.  I had been eating the traditional foods for nearly two straight weeks and thought it might be nice to get a little taste of home in the form of a quintessential franchise quality burger and fries.  I walked through the door and aside from a few decorative differences, I was indeed within a little satellite embassy of the United States.  Here, I could order from the overhead menu without hesitation as Big Mac translates in any language to... Big Mac! 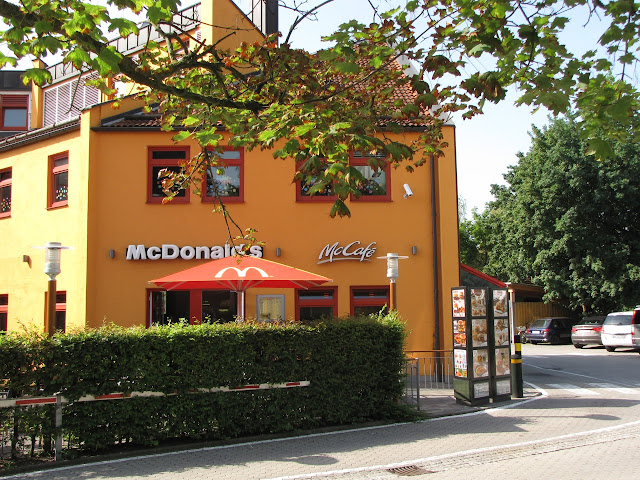 Ronald McDonald Bavarian Style
-------------------------------------------------
I ordered my usual meal by number and you can't help but appreciate the simplicity and efficiency of a fast food restaurant, which often runs as good as a high quality Swiss watch.  I encountered three noticeable differences during my Bavarian fast food experience, starting with the option of choosing between two different style fries, American or Regular.  I went with the American choice, assuming they would be the standard version but instead, was served thick cut steak fries.  Otherwise the food seemed identical to their counterparts on the other side of the Atlantic.  The other two differences dealt with the physical design of the building, most likely due to cultural differences.  The McCafe coffee house was a separate entity from the food restaurant part of McDonald's.  Although the two were joined together in the same building, they were separated by an interior wall with their own individual entrances.  So if you wanted a cup of coffee to compliment your hot apple pie to go, you had to venture next door and get in line again.  And finally, there was a large outdoor seating area resembling McDonald's attempt to incorporate the traditional local biergarten flair into the property's design.  I purchased my meal with cash since few businesses in Germany seem to accept debit or credit forms of plastic payment and took a seat outside so I could watch for my ride.  The seats were crowded with patrons from both halves of the McDonald's / McCafe franchise and seemed to be enjoying the foreign American fare, complimented by the amazing mountain views. 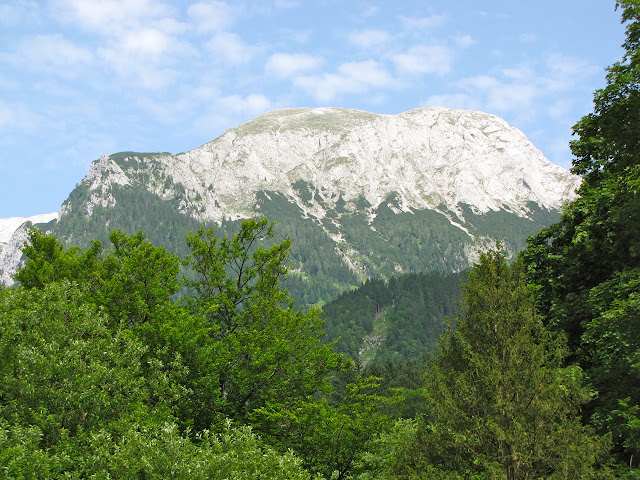 My View While Eating a Big Mac
-------------------------------------------------
One downside to my dining experience outdoors was most people sitting around me were smoking cigarettes to compliment their meal.  During my experience in Germany, I noticed cigarette smoking seemed to be a much more common practice than in the United States.  I guesstimate more than half of the people I met were at least casual smokers compared with approximately 5% of the people I know, work, and associate with back home.  The steak cut fries were ok but I missed the shoestring style that is the standard healthy vegetable side-dish served with a number one from the extra value menu.  I ate my fast food fast, as I suddenly had the uncomfortable feeling I was doing something wrong, maybe even illegal!  The clock was approaching 4:00 and I hoped Klaus and company would show up on time since a storm had been gathering and was looking more ominous by the minute.  Large dark grey storm clouds began spilling over the top ridge of the Alps and concealed the familiar sharp outline of the mountain peaks.  I left McDonald's and moved over to a bench that had become available up against the large rock formation at the edge of the parking lot  and hoped the rain would hold off a little longer.  I was soon joined by a family of four who spoke fluent English with a unique accent.  We exchanged pleasantries and they turned out to be from Minnesota, visiting relatives in Bavaria.  My second interaction with full blooded Americans encountered during my travels in Germany.  As if on cue, as the clock struck 4:00, the familiar Mittermeier family car came into view.  I was greeted with large smiles from my hosts who all seemed relived their package was still in one piece.  Against all odds, I had not gotten lost, fallen into the lake and drown, and had made it back to the rendezvous point on time.  We sped off toward home, managing to outrun the storm, leaving several impressive flashes of lightning in our wake. 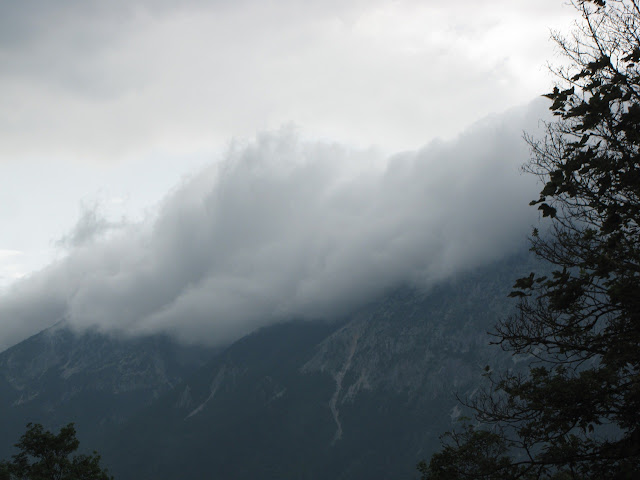 Storm Clouds Spill Over the Alps
------------------------------------------------
We gave each other the play by play of our adventures and all the amazing things we witnessed along the way.  I didn't tell them I ate at McDonalds, which I doubt the Mittermeiers frequented very often, in fact, most likely never!  I was glad that I stayed at sea level today since I heard the hike was somewhat challenging for a few rookies who went along and only made the midway point of the climb.  I would have most likely joined them!  Lake