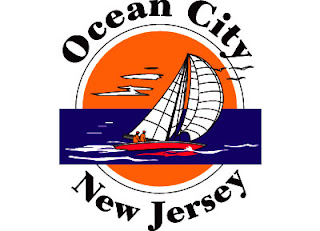 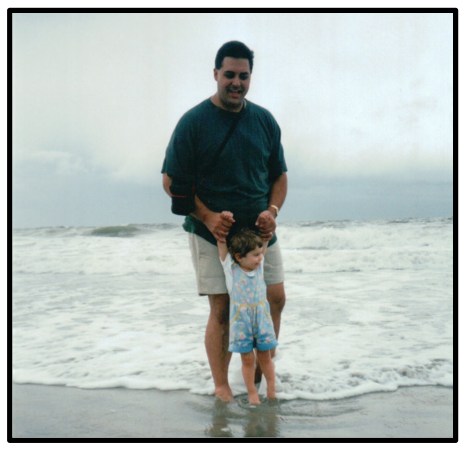 Katelyn's First Trip to Ocean City
------------------------------------------------------
When my daughter Katelyn was a toddler, Susan and I decided to try our first family vacation, traveling to Ocean City, New Jersey to create some memories.  We packed up the car and I think we even brought along some Orange Crush soda for the ride, just for olde times sake.  We were on a tight budget and I remembered my parents saving some money when I was a kid, by finding cheap lodgings during our stay.  How much time were we really going to stay inside the hotel room anyway, other than sleep?  This was before the internet came into the American mainstream, so I was going on information from multiple brochures I received in the mail from various sources in Ocean City.  I soon found a really cheap room in an old hotel in the middle of town.  The brochure portrayed the place as a classic style hotel from the bygone golden years of Ocean City as a resort town.  It was only $65 a night but it had a pool and everything.  I threw caution to the wind and booked us for three nights!  It seemed like a win-win... they didn't even require a deposit to hold the room!  Home run! 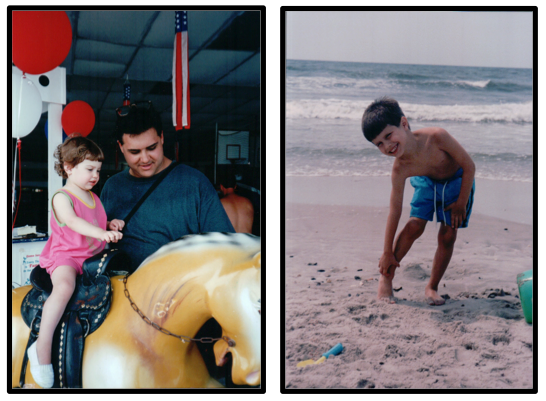 Pictures of Katelyn and Tyler Back in the Day
---------------------------------------------------------------
As soon as we pulled the car a foot out of the driveway, a single raindrop hit the windshield... a bad omen?  A steady rain followed us the whole way down into the Garden State and continued to pour down in buckets as we drove across the bridge into Ocean City.  We found our hotel and arrived before check-in time.  We decided to park the car and check out the place.  Inside, the main lobby smelled stale and appeared dim with inadequate lighting, dark wood paneling, and brown carpeting that had seen better days.  A very large hand painted sign was posted on a wall by the front desk warning no refunds would be given following check-in.  We were having second thoughts but maybe the room would be nice, after-all we weren't going to be hanging out in the lobby.  The young girl working the desk offered to show us the room and we took her up on the offer.  Meanwhile, the rain continued to pour from the sky. 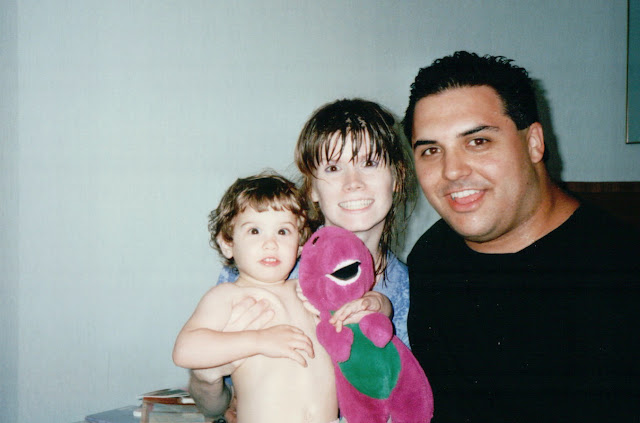 Escaping the Ocean City Monsoon
--------------------------------------------------
We went upstairs in a freight elevator to the third floor and exited into a narrow hallway with red velvet fuzzy wallpaper complimented with a worn bright red carpet to match.  Instantly, I noticed the wooden doors we were walking past were locked with padlocks!  An elderly woman was sitting in a chair outside her room smoking a cigarette with an extended ash that was at least a inch long.  She looked like she had been there for quite a while, possibly several days.  The hotel clerk opened our door to reveal a two room suite that looked like it hadn't been updated in thirty years.  The beds were more like iron cots, the dressers were made of faded wood, there was no air-conditioning, or television.  And the bathroom... Well, it looked a little rough.  All that was missing was the classic unadorned light-bulb hanging from a black cord overhead.  We descended back down the freight elevator and thanked the hotel clerk telling her we were going to the car to get our luggage.  We passed by the tiny pool that was filled with brown leaves from last fall. 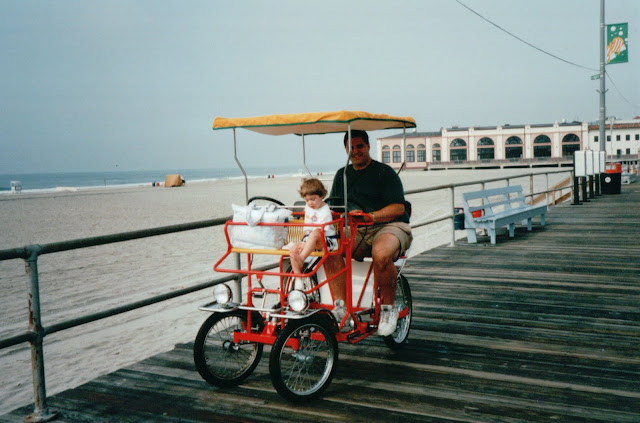 Biking Down the Boardwalk
------------------------------------------
We ran through the rain to our getaway car and drove straight to the Howard Johnson several blocks away that luckily still had a room available.  We wound up paying almost triple the price but it was worth every cent!  Our new room was on the second floor looking down on the pool that was crystal clear and void of decomposing debris.  We dried off and took a break, watching the rain drops fall into the pool below through the balcony door glass window.  Later the rain slowed to a drizzle and we ventured out to find the boardwalk a short block away.  Despite the weather, the beach and ocean looked beautiful in various shades of grey from the exiting storm.  The torrential rain had taken its toll on the streets close to the boardwalk as they were flooded in several feet of water.  When you are at sea level there is no runoff areas for heavy rain to exit.  At least we were high up on the boardwalk and began to explore the shops, stores, and got something really good to eat. 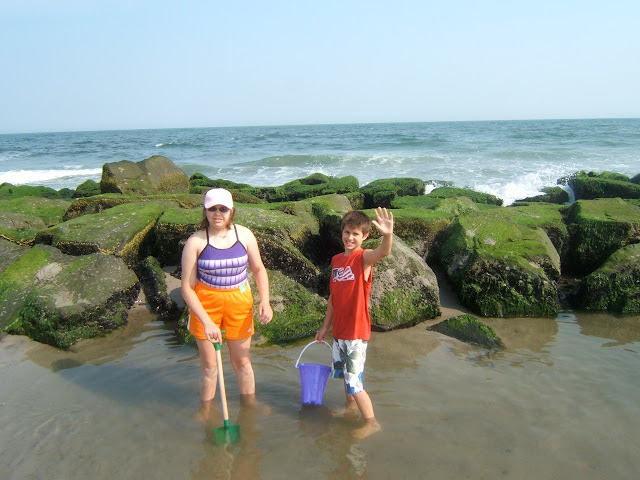 Watch out for Angry Mr. Krabs
---------------------------------------------------
The next day it was still very grey and overcast with intermittent showers but we were able to go for a bike-ride down the boardwalk in one of the classic four seat buggy bikes.  We didn't hit any bike safety signs, so that was a plus!  We went down onto the beach, which was practically deserted and Katelyn touched the Atlantic Ocean for the very first time in her life.  My wife took some of the best photographs ever contained in our collection from that morning, enhanced by the stormy skies.  We continued to deal with rain but on our third morning in Ocean City the sun finally came out.  Finally, a nice summer day!  By mid-morning, Katelyn started throwing up, and throwing up, and throwing up some more.  We decided to cut our losses and depart for home early.  We loaded up the car and waited to be sure there was nothing left in Katelyn's stomach that would cause her to throw up in the car on the way home.  She seemed fine and we put her in the car seat and headed out of town. 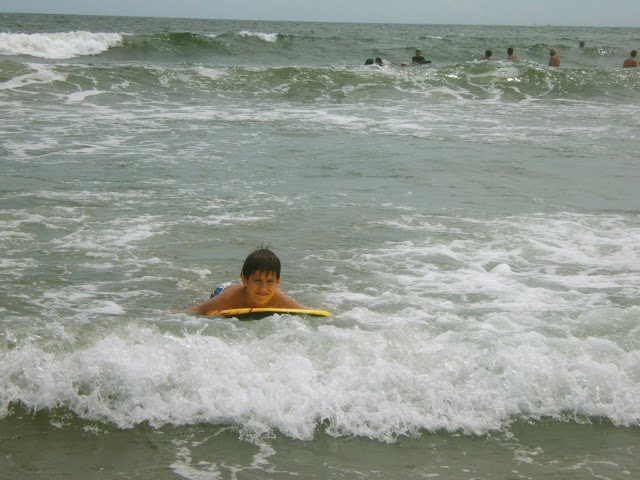 Tyler Riding the Waves
-------------------------------------
As we passed the "Thank You for Visiting Ocean City" sign, Katelyn projectile vomited all over the back seat and beyond.  It was like a scene from the Exorcist movie multiplied by at least ten... I thought for a minute that our doctor back home just might diagnosis her as being possessed by the devil?  We drove three hours home with all the windows of the car rolled down and completely open, trying not to become nauseous ourselves from the smell.  Katelyn settled into her car-seat and drifted off to sleep... What a disaster!  Despite the hardships and challenges of our first family vacation, we were not discouraged from attempting future trips after the birth of our son Tyler.  We learned from past mistakes and booked a room at the Impala right from the start.  We made several trips with semi-success but we just didn't fit into the mold of an extended multiple-day vacation family. 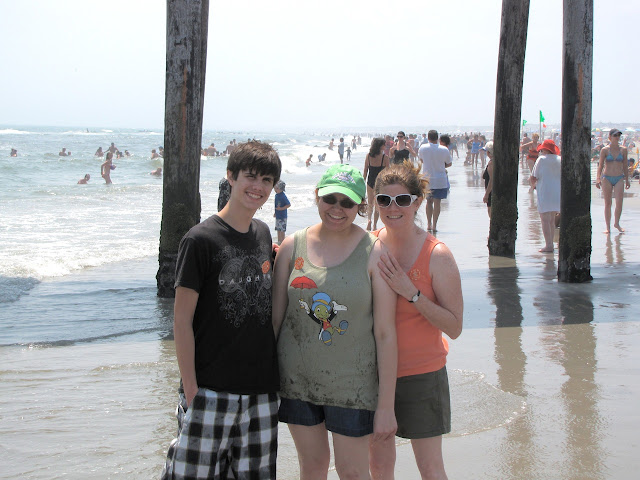 Vacations, like Christmas, and most other events... are a lot more fun when you are a kid... because all you have to do is show up.   You are oblivious to all the planning, cost analysis, stress, reservations, pet watching arrangements, mail collecting detail, long distance driving, etc... As is sometimes said, you often need a vacation from your vacation, a few days to recover after you return back home.  Over the years we evolved into a day-trip family rather than leaving home for several days and nights.  I just could never get a good night's sleep in a strange bed and the kids missed their stuff back home, especially our pets.  It turned out to be a good fit.  We would leave in the early morning, and arrive for breakfast on the boardwalk as the sun came up.  We would hit the beach for a few hours, scope out our favorite shops and food spots on the boardwalk, and then head for home.  It was a little like a marathon but a lot cheaper and involved a lot less planning.  Another plus is you can go on the spur of the moment, avoiding bad weather and stomach viruses.  Our day-trips to the beach later spawned into day-trips to a lot of other destinations, many of which became the foundation for this blog.  All's well that ends well. 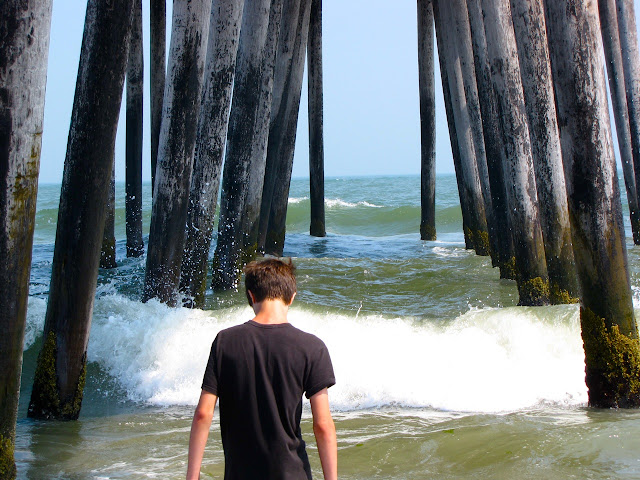 The Rolling Tide
--------------------------
We still try to make a run at least once a summer to get our fill of the boardwalk sand and sun.  Glenn's Toys is long gone but a lot of the the old icons from my childhood are still in business.  Probably my favorite store of all is the Old Salt that sells all kinds of nautical themed gifts and souvenirs.  When I was a kid they had a real whale skull right inside the store along with an early diving suit with a brass helmet.  Those curiosities have disappeared for additional shelf space but many of the same items are still present for sale, including the old carved wooden sailors that my mother bought back in the 70's and still has on display at home.  And you can't leave without stopping in to buy some salt water taffy at Shriver's, where you can still see it being made in their factory on site.  A large glass window reveals several old machines making and packaging the taffy.  Back in the day you could only buy it by the box of assorted flavors.  Now, you can buy individual flavors by the pound so you don't wind up fighting over your favorite flavor with your selfish little brother in the back seat the whole way home! 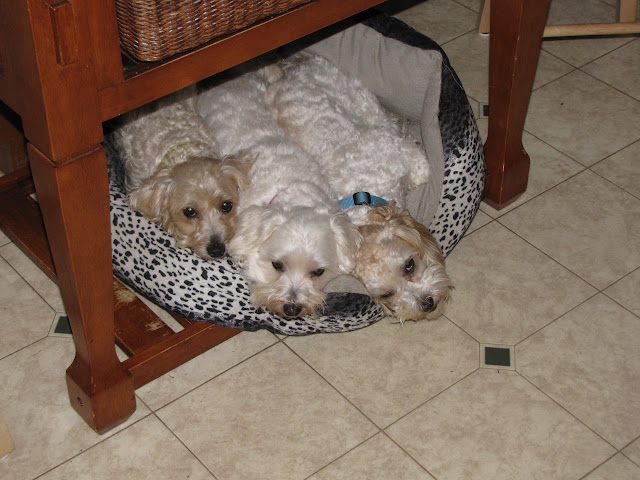 Where Have You Guys Been?
--------------------------------------------
Every year there is something new worth checking out and I heard from a friend that Chickie and Pete's from South Philly now have a food stand this year on the boardwalk, featuring their famous crabbie-fries.  A new must-have item on the day-trip agenda.  Saltwater taffy and some fudge from Shriver's in hand is the signal to depart and time to hit the road back toward home.  Car travel is made much easier today because the kids can watch a movie on their individual iPods or other electronic devices.  Recently my son's iPod battery went dead and he asked what he should do... I told him he should look out the window to entertain himself, like I did as a kid!   It is a full day and you are tired when you pull back in the driveway late at night but you are rewarded by slumber in your own familiar comfortable bed.  Somethings you just can't put a price on!  Our three dogs and three cats may keep us limited to day-trips but we don't mind... aren't they precious? 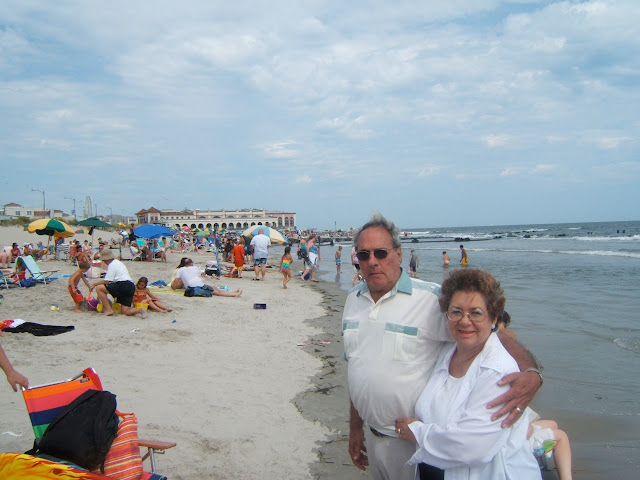 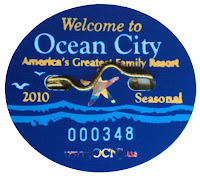