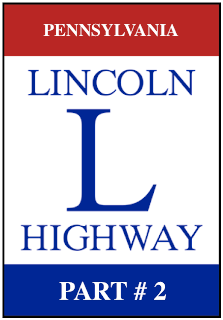 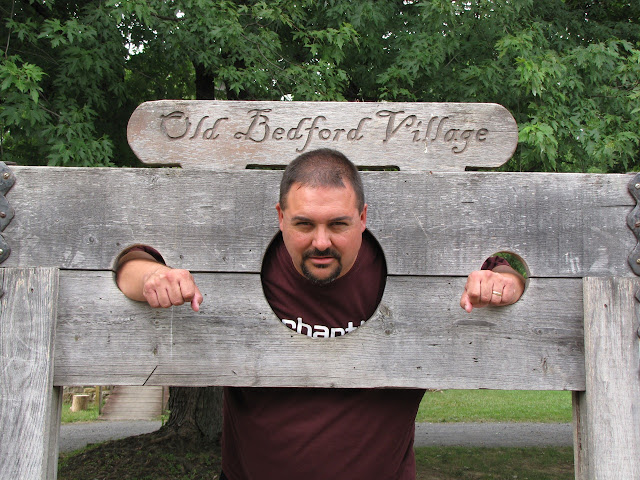 "Ye Sentenced to the Stocks"
-----------------------------------------
One of the side trips Donnie and I made during our overnight adventure was a visit to Old Bedford Village located just down the road from Fort Bedford... or so we thought.  It was the most difficult destination to find during our trip, requiring guidance from my Tom Tom GPS, iPhone Map Quest App, and old fashioned trial and error.  It was one of the sites my previous grad group had passed by while exploring the Forbes Road and I had always wanted to see what it was all about.  My wife had lived in Bedford for about five years when she was in still attending public school as a teenager but she had never been there either.  As a result, Donnie and I were on our own.  I remembered the site was sandwiched between two major roadways but we were going in circles.  Eventually, we saw a sign that finally pointed the way and we soon crossed the covered bridge that marked the entrance to the site.  We followed the road into the nearly empty parking lot, just outside the visitors center.  It was getting more hot and humid by the minute, which may have limited visitation in the mid-day hours of late July. 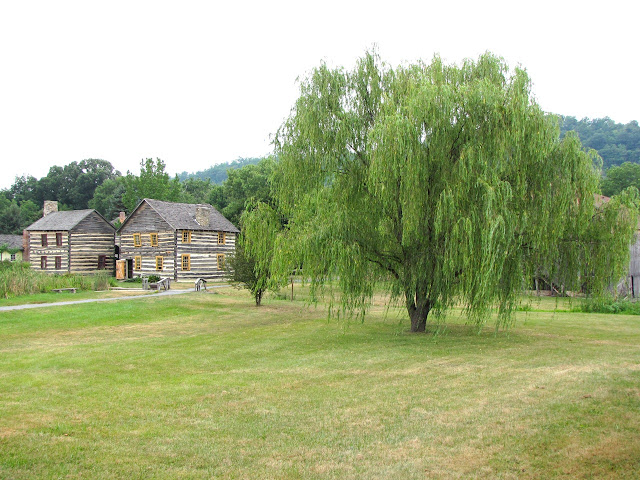 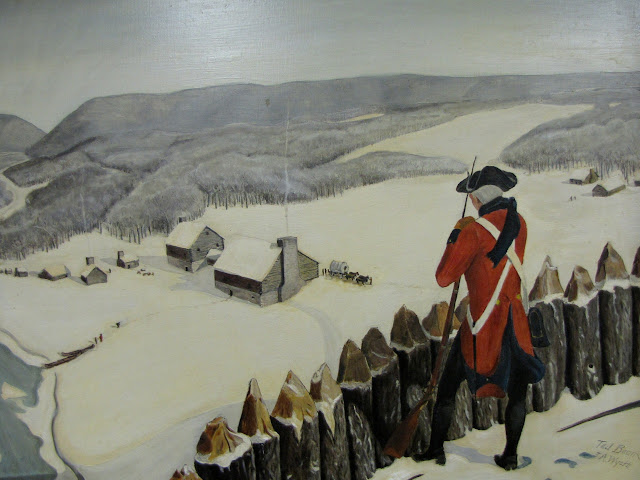 Fort Bedford on the Forbes Road
-----------------------------------------------
Some of the buildings on the property are actually several buildings combined into a new larger structure.  One such example is the Kegg-Blasko House, which conjoins two separate homes that were both deteriorating and could not be completely saved as a single home unto themselves.  The Kegg portion of the newly combined house was built in 1768, while the Blasko half of the house was constructed 22 years later in 1790.  However, both homes were approximately the same dimensions and were originally built using similar materials and construction methods.  These characteristics made it easier to merge the two rescued halves together to create a new structure that could be preserved.  Maybe they call it the Frankenstein Method of saving historic structures at risk, minus the electrical charge?  Regardless, the end result was seamless and saved two architectural artifacts from America's past from disappearing from the landscape altogether. 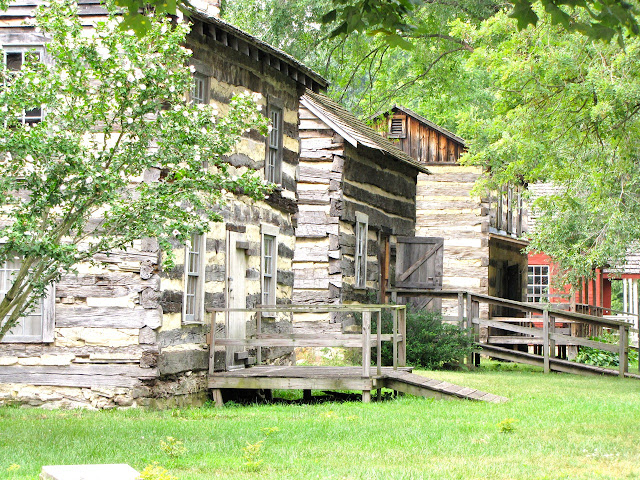 Rescued Colonial Buildings
----------------------------------------
We were getting hot and thirsty, prompting a stop at the General Store that sold a wide variety of wares to the local townspeople they could not make for themselves.  Like many general stores from the time period, the building also served as the town's local post office, making it the center hub for news from the outside world.  The store's authentic counter and corner post office boxes came from the Shipley Store that was once existed in the village of Rainsburg, located nearby within Bedford County.  Inside we were able to purchase old fashioned fruit flavored soda pop served in classic glass bottles and penny candy stored in large glass jars.  Unfortunately, the prices were in line with modern times!  However, my old-fashioned root beer was ice-cold, a characteristic not possible with today's aluminum cans and plastic bottles from modern vending machines.  It was very refreshing! 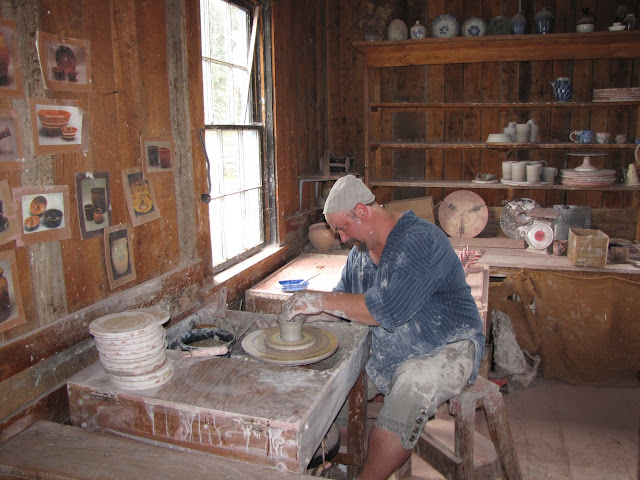 Potter at the Wheel
-------------------------------
As Donnie and I walked around, we discovered that many of the friendly artisans and acting townspeople were retired teachers.  Apparently, Old Bedford Village was a place where many former educators could take up residence within the retired buildings to continue teaching part-time.  The potter working the wheel of Fisher's Pottery Shop was previously an art teacher for almost 30 years at a local school district.  Old Bedford Village offered a way for him to continue to share his love of art with the public by demonstrating the age-old pottery craft.  He was making a small stoneware cup and showed the process of adding a blue salt glaze paint to give the piece color.  It was getting hotter outside but it was really hot in his shop because he had the kiln working, firing several pots he had created earlier.  The walls were filled with wooden shelves housing his finished creations, including bowls, mugs, plates, candle holders, ink wells, etc. in a variety of colors.  They were all for sale and proceeds from the purchases help support their programs and restoration projects. 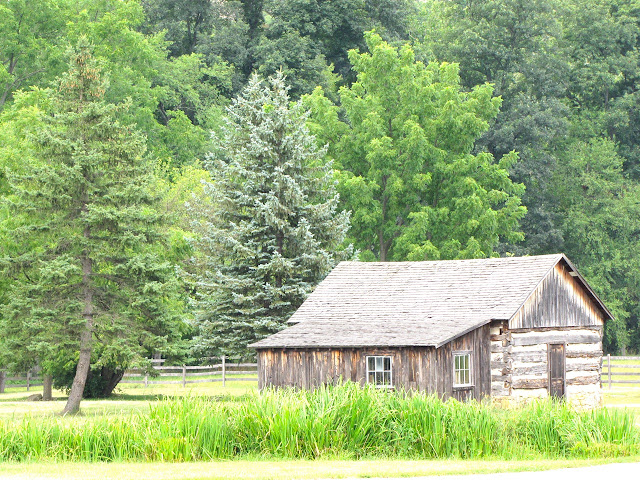 Lonely Cabin by the Creek
----------------------------------------
Some of the earliest homes that were built in the Bedford community were now preserved on the site, such as the Biddle House, which was first built in 1762 by Pennsylvania Germans.  When the village needed a place of worship, Christ Church was constructed on site from recycled building materials that had been collected and saved from the appropriate time period.  The church was built according to the size, style, and similar specifications of the Old Union Church in nearby Schellsburg within Bedford County.  The church is well maintained and gave the appearance of an active congregation.  It can be rented out to the public for church services, including your dream colonial era wedding event.  Similar to the village church, Antonson's Blacksmith Shop is also a structure created from rescued materials, period correct from old homes and barns from Bedford County's past.  This was a common practice during the colonial time period as recycling is as old as America itself.  Just like everything else, re-useable dressed lumber never went to waste. 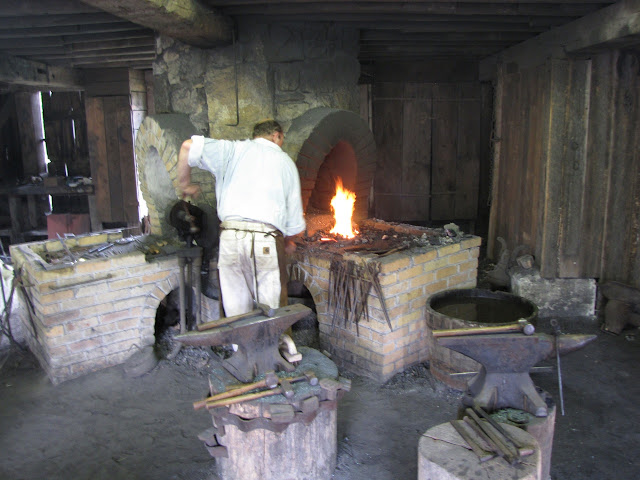 Blacksmith Busy at his Craft
-----------------------------------------
Antonson's Blacksmith Shop was one of the more interesting points of interest during our visit because it was manned by a real blacksmith at work demonstrating his ancient craft.  The blacksmith was one of the most important residents of any colonial settlement.  He could repair and make farm tools, forged horseshoes, repaired weapons, made ammunition, and even shackled criminals, binding their hands and legs in irons to prevent their escape.  The blacksmith in residence during our visit was making cookware utensils and was a wealth of knowledge, explaining the methods of his skilled labor.  Some of his finished creations were on display and could be purchased by visitors.  I bought an early version of a colonial era screwdriver for a few dollars to put on display in my classroom within my make-shift museum.  On my back counter I have a large printer's drawer set up, where students can handle and examine small artifacts from the time period we are studying.  I guess you could call it the middle school version of Show and Tell! 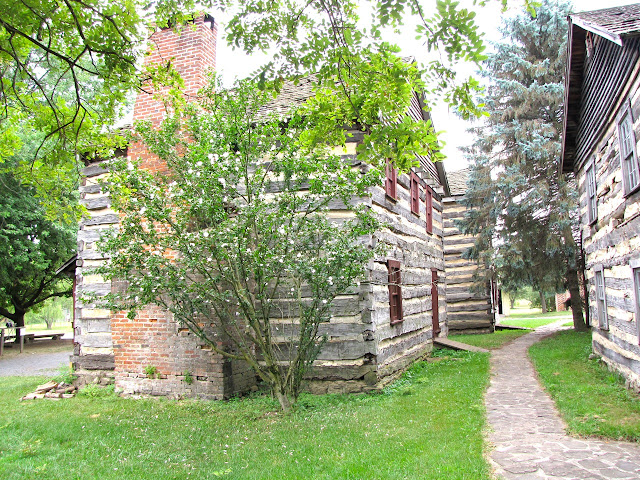 Stone Pathway through Village Center
------------------------------------------------------
We made a stop at the Pendergrass Tavern, which was once a trading post and tavern located just outside the walls of Fort Bedford.  I got another root beer and we took a break inside, which seemed slightly air conditioned.  All the other buildings were very hot inside, void of any breeze or fresh air.  I got the same feeling I experience at home when I open up my backyard shed to get some tools during the summer months. We re-energized at the tavern and continued on to check out the broom makers shop, candle maker's shop, gunsmith, weaver's mill, school house, coopers and print shop, just to name a few.  It was now in the mid 90's and we were just about "Old Bedford Villaged" out so we decided to skip the farm animal section of the tour and instead made our way back toward the gift shop at the visitor's center.  It was time to go find some more of Donnie's relatives and drop in on them at mealtime unannounced... Surprise! 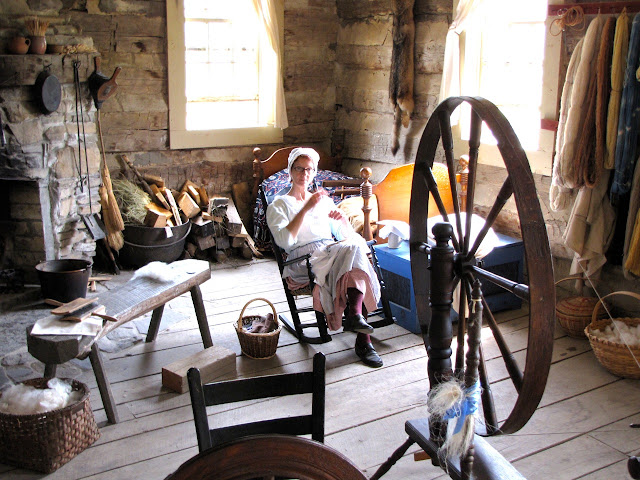 Settler Seamstress at Work
-------------------------------------
The village was very picturesque and was probably equally so during the winter months, with the town's buildings covered in a blanket of snow.  I took a lot of great pictures that I will use in my PowerPoint presentations associated with my lessons on Colonial America, which I often use in class.  Old Bedford Village started in the early 70's when a farm was purchased from the Gilson family for the purpose of creating a historic village.  The approach of the Bicentennial Celebration caused much of America to recognize the need to preserve our past from being lost to time.  Old Bedford Village is one such example of that awareness.  Hopefully the site will be able to continue indefinitely into the future by attracting visitation through living history programs, reenactments, and community events.  The village hosts multiple local school field trips, Civil War Reenactments, an Annual Muzzle Loaders and Gun Builder's Show, French and Indian War Programs, Murder Mystery Evenings, and an Old Fashioned Christmas in December.   Take the time to check it out next time you are in Bedford, Pennsylvania.  Be sure to map out a detailed route ahead of time to find it on your very first attempt! 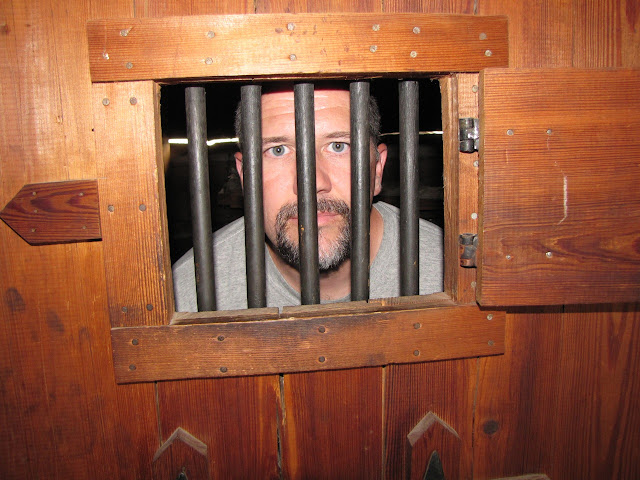 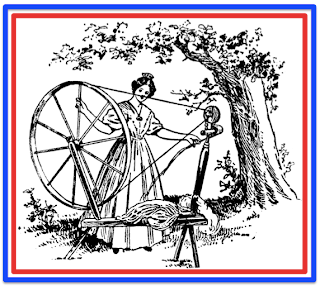 Posted by Camp Martin Travels at 11:40 AM