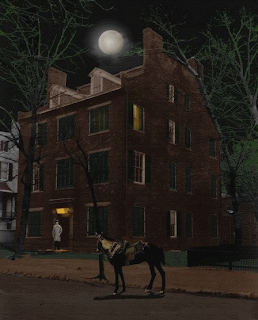 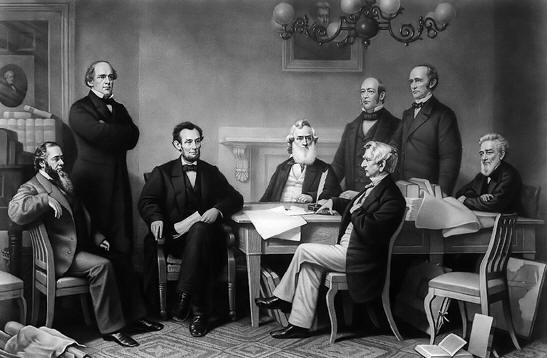 Lincoln's Presidential Cabinet
--------------------------------------------
Earlier that afternoon on April 14, 1865 on the other side of town, David Herold and Lewis Powell had met with Booth to receive weapons and instructions to carry out their part of the triple murder planned that night.  The pair arrived at the home of Secretary of State William H. Seward around 9:00PM and watched as visitors came and went from the busy residence.  They had observed the pattern of the household the previous evening as they had discussed and settled on a plan of engagement.  Now the clock chimed their plan into action.  Soon after 10:00PM, Powell approached the front door, while Herold waited outside holding their horses hidden from view in the darkness.  The Secretary of State was recovering from a serious carriage accident, which had occurred a little more than a week earlier, leaving Seward bedridden with multiple serious injuries.  He was suffering from a broken arm, a broken jaw, and a concussion, among other injuries.  Secretary Seward had drifted in and out of consciousness during a visit from President Lincoln earlier that day.  Lewis Powell knocked on the door posing as a delivery boy with a prescription box of pain medicine sent by Secretary Seward's physician.  He was armed with a .34 caliber six shot Whitney revolver and a large Bowie knife concealed within his coat. 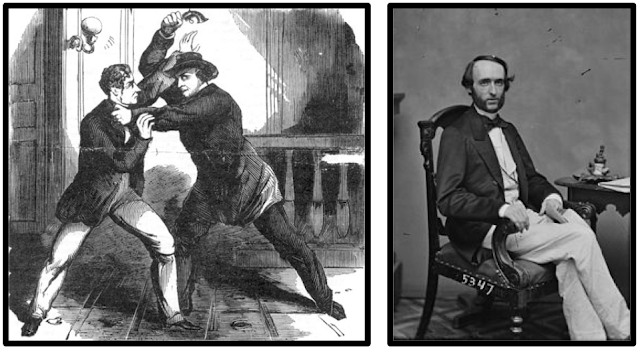 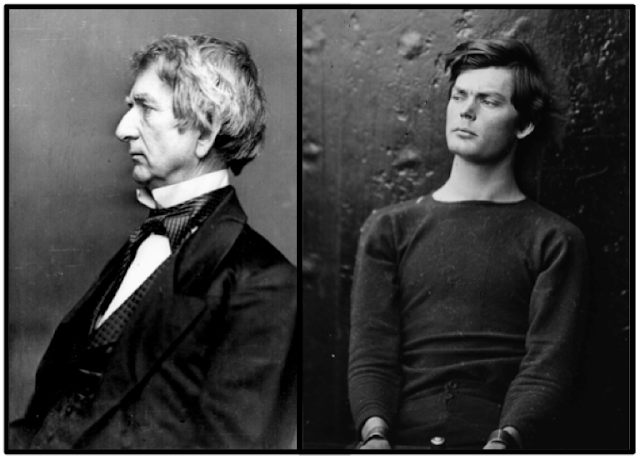 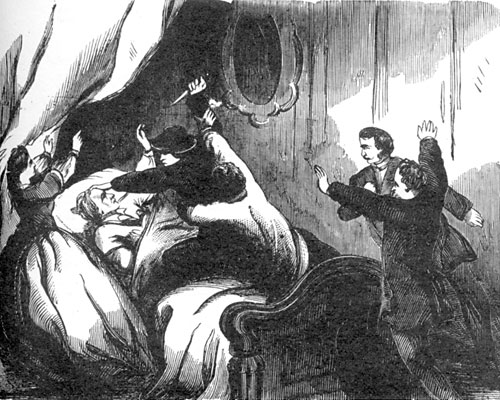 Attack on Secretary of State William Seward
(Illustration Credit / National Police Gazette)
----------------------------------------------------------------
Powell, certain he had accomplished his mission, exited the house and discarded his stained knife on the ground.  He was unable to see Herold in the street but found his horse, quickly mounted, and calmly rode away into the night.  Servant William Bell suddenly appeared and ran after him for several blocks shouting for help, however, no one came to his aid.  Powell soon lost Bell but made a wrong turn and got lost within Washington, a city's layout with which he was mostly unfamiliar.   At some point, he was thrown from his horse and wound up spending the night hiding in a graveyard until he found his way back to Mary Surratt's Boarding House.  When he knocked on the door, it was answered by several federal investigators who were in the process of interrogating Mary Surratt herself concerning her possible role in the conspiracy.  Unable to explain himself, he was arrested along with Surratt, taken into custody, and was later detained aboard the monitor USS Saugus. 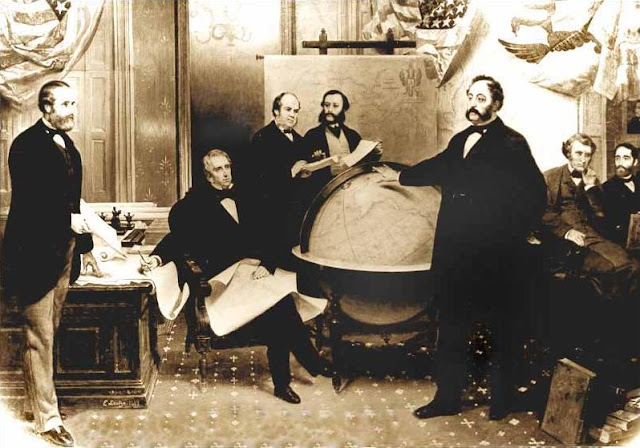 Seward's Alaska Treaty of Cessation
(Illustration Credit / Public Domain)
-----------------------------------------------------
Despite his violent rage at the Seward mansion that fateful night, all victims of Powell's attack eventually recovered from their wounds, including Secretary of State William H. Seward.  He had rolled off the bed onto the floor after he was stabbed in the cheek to escape Powell's reach.  He was also wearing a neck-brace from his carriage accident that slowed Powell's blade, possibly saving his life.  However, the Seward family was not immune to tragedy.   His wife Frances Adaline Seward died of a stress induced heart attack a short two months later, which some said was caused from the assassination attempt.  Sorrow continued to follow Secretary Seward as his daughter Fanny, who helped fight off Powell in his bedroom that night, died in October of 1866 of tuberculous.   He carried disfiguring facial scars for the rest of his life but emerged from the attack as a strong presence in the government.  He continued to serve as the Secretary of State under President Andrew Johnson's administration.  His most well known achievement was purchasing Alaska from Russia in 1867 for 7.2 million dollars.  The 50th state became one of the best real estate deals in history for the nation, coming out to two cents an acre. 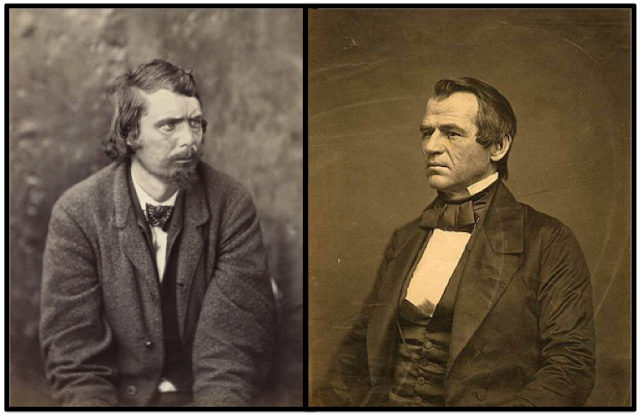 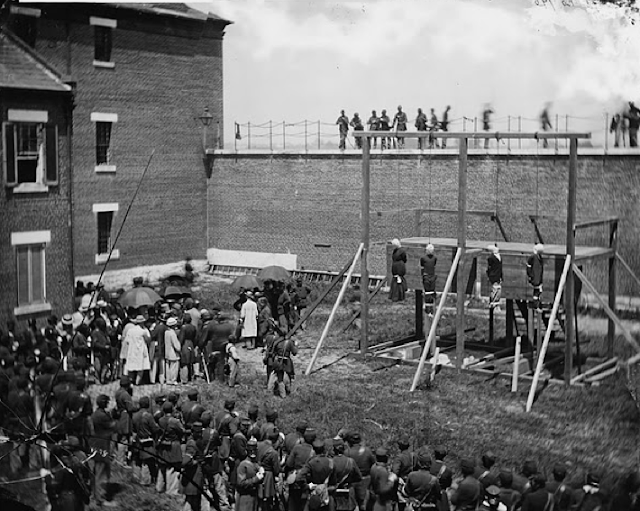 ---------------------------------------------------
Andrew Johnson would succeed Lincoln as the seventeenth president but was ineffective and was later impeached, remaining in office by a single vote.   All of Booth's fellow key conspirators stood trial, were found guilty of treason, and received death sentences.  On July 7, David Herold, George Atzerodt, Lewis Powell, and Mary Surratt were executed together as a group, death by hanging at Fort McNair just outside Washington.  The condemned were brought into the yard and walked past four freshly dug graves and matching empty pine-box coffins.   The were led up the gallows and were shielded from the sun by several black umbrellas.  Mary Surratt and David Herold died instantly but Lewis Powell and George Atzerodt both struggled at the end of the rope for several minutes.  Mary Surratt, who's actual role in the conspiracy is still debated, was the first woman ever executed by the federal government in American History.  Few thought they would carry it out and most expected a reprieve to arrive at the last second in dramatic fashion... but it never did. 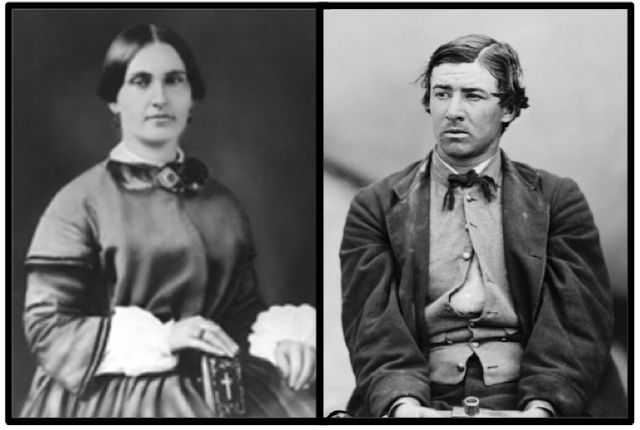 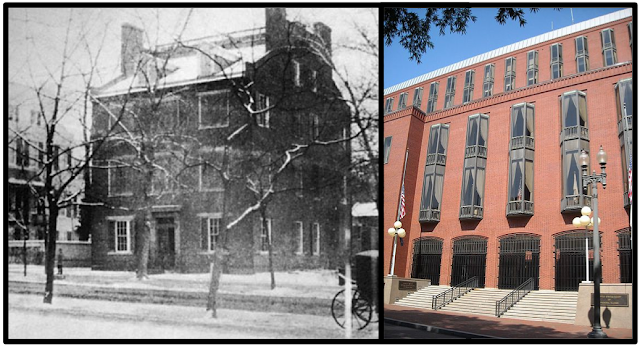 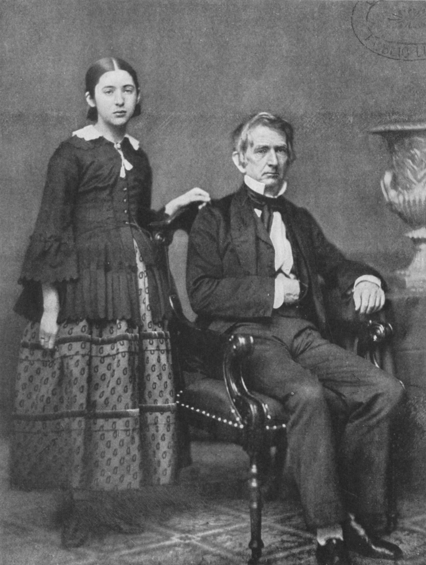 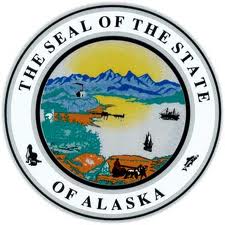 Our final stop in the Lincoln Assassination series will be a visit to the Petersen House located across the street from Ford's Theater where the President Lincoln was carried and laid to rest until his life ended with the sunrise the next morning.

Posted by Camp Martin Travels at 6:21 AM