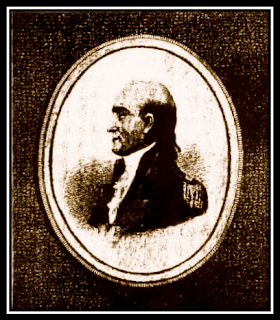 The Home of General Edward Hand 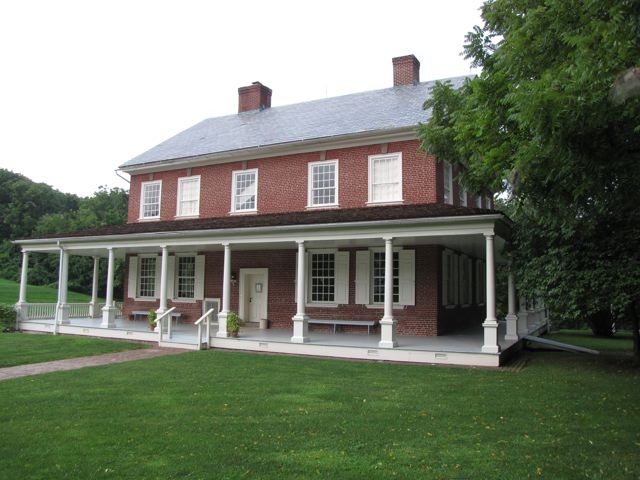 The Back Porch
-----------------------------------------------------
Good evening, Mr. and Mrs. America, from border to border and coast to coast and all the ships at sea. Let's go to press.  Or how about Lancaster, PA?  Yes, it is that time again, time to go and check out another historic house and property nearby.  Come on Katelyn, humor your old man and come along for the ride.  Discovering history is so much more fun when you have someone to share it with... Katelyn... so stop rolling your eyes and get in the car... Now!  Yes, you can bring your cell phone, ipod, and all other boredom prevention devices... We are off to find Rockford Plantation, the historic home of General Edward Hand. Buckle up! 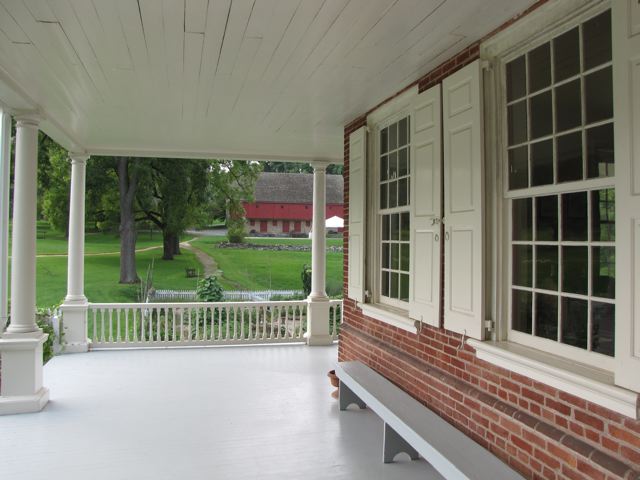 I looked up the address online and entered the information into the GPS on my phone.  I was curious to see how this would work out because we would be traveling right up Prince Street through the middle of Lancaster city.  How could a rural plantation be so close to the city?  My GPS took me on a maze of side streets and even narrow alleyways.  We hit a dead end when the GPS instructed us to make a left on a one-way street going right.  We somehow wound up in another alley behind a garbage truck moving at a snails pace. We locked all the doors just in case it was a "hit" set up by the mob.  We got back on the main road, turned off the GPS and just explored.  We soon came upon a sign pointing the way and all was well again. Katelyn was so happy! 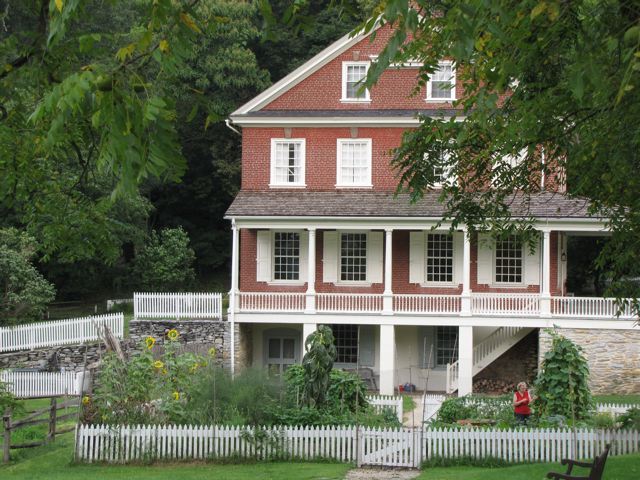 Tending the Garden
-----------------------------------------------------
I was amazed how the city suddenly came to an abrupt end and we found ourselves driving along a wooded curvy road.  I later found out that we were on the edge of Lancaster County Central Park. The park is the largest in Lancaster County encompassing over 540 acres on the southern end of the city.  We turned down Rockford Road and soon came upon the familiar house I recognized from the many pictures I have seen over the years.  You would never know that it is only a few short minutes from the busy city.  The wooded park provides a perfect backdrop for protecting the historical integrity of the site.  It is a beautiful scene of forest, field and wildlife.  Several deer with a newborn fawn in tow were feeding under the orchard trees a short distance from the front porch.  We knocked on the door and soon a guide, in appropriate historic attire, greeted us warmly into the house. 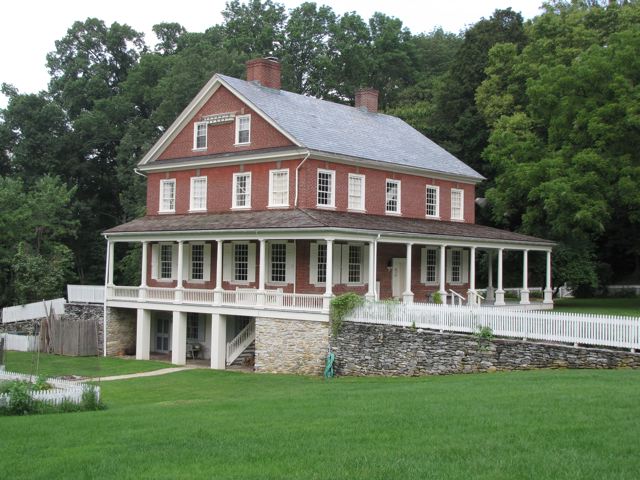 Three Sided Covered Porch
-----------------------------------------------------
As usual, I was disappointed to hear the rules prohibiting the use of any camera equipment inside.  I was electronically turned off but ready to absorb some colonial era history! Katelyn was looking bored already but I didn't allow her flat expression to dampen my enthusiasm!  Let's go learn something!  An elderly gentleman escorted us through the first floor rooms including the study, sitting room, and dining room.

Edward Hand was born in Ireland where he became a physician and later enlisted in the Irish 18th Regiment of the Foot as an army surgeon stationed at Fort Pitt at the forks of the Ohio River in western Pennsylvania.  After resigning his commission in Philadelphia, Edward Hand moved to Lancaster County where he practiced medicine and where he also led the local volunteer militia regiment. 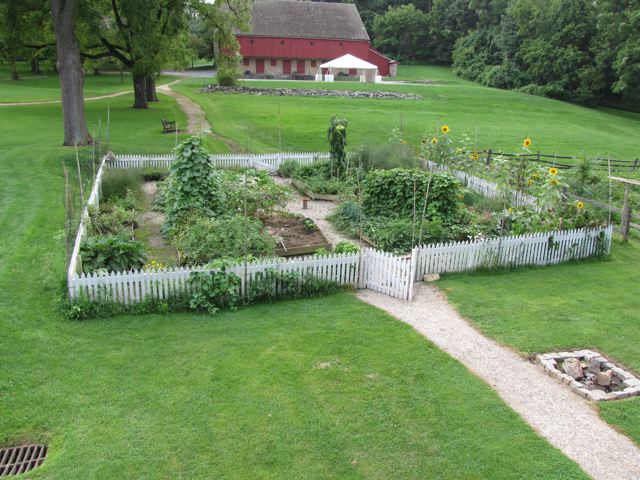 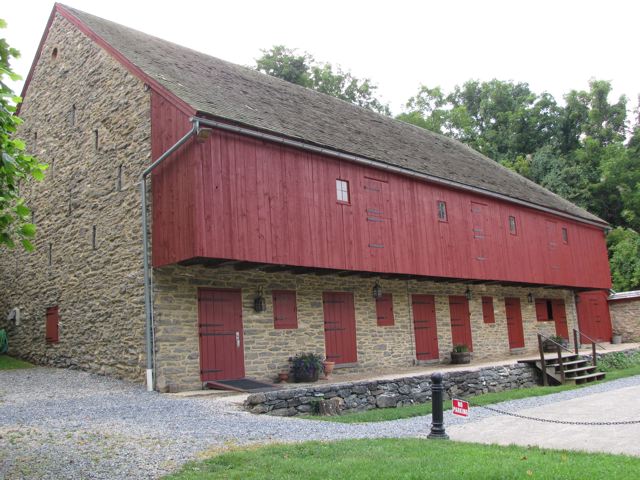 Restored Stone Barn
-----------------------------------------------------
The upstairs portion of the tour was conducted by a young lady who is a history major at West Chester University and this was her final day of working at the plantation before returning to school for the fall semester.  Both guides did an excellent job giving Katelyn and I a private tour of the beautiful house.  The upstairs bedrooms were tastefully decorated with period correct reproductions similar to the downstairs common rooms.  Every time I tour a historic property, each has an individual niche that makes it unique and different from the others.  Rockford Plantation's unique feature is found on the second floor in the back bedroom, which I deemed my favorite room of the house tour.  Stay tuned to find out why in the paragraph below... 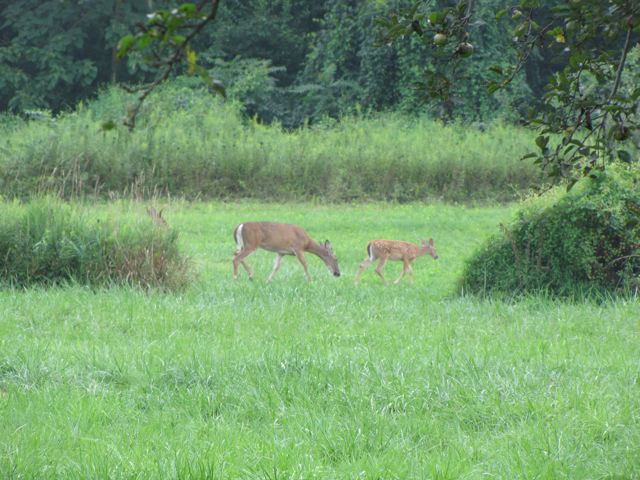 Now onto my favorite room... One of the rooms was left untouched and remains in the same exact state it was found, when restoration was started in 1957.  The room is an 18th century time capsule in itself with faded white paint, unfinished rough floors, and a refreshing authentic feel.  It is a before and after effect, as you enter and then exit the room. 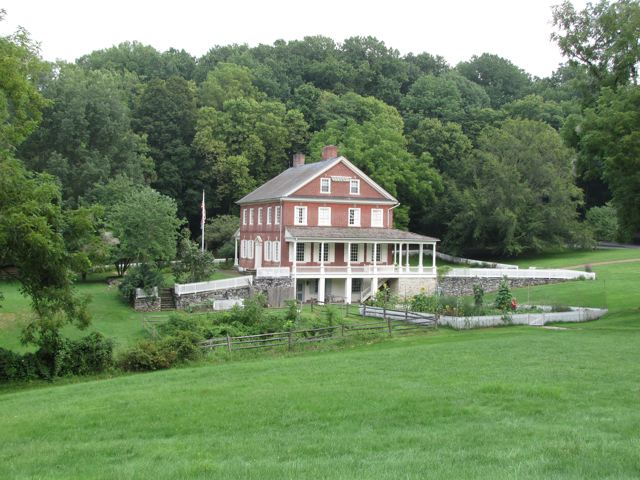 House View from Barn
-----------------------------------------------------
It was a great idea to restore the house by leaving one room untouched as a connection to the past.  The room also serves as a storage space for the thousands of collected artifacts from archeological work completed over the years.  We ended our tour in the basement which, served as the gift shop and preserved kitchen.  Katelyn and I went outside to view the beautiful vegetable garden historically maintained by local gardening clubs and the large red bank barn that hosts local events.  There are several historic reenactments that take place on the property throughout the year.  The entire estate was beautiful and well worth the trip.  Katelyn had a good time as well... especially since I bribed her with ice cream on the way home!  I had some too! 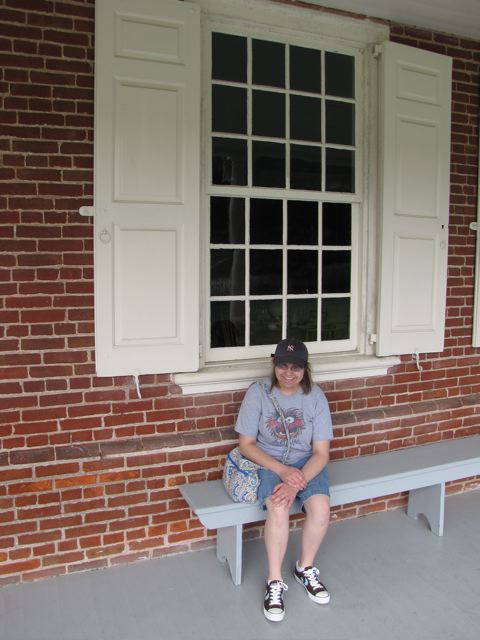