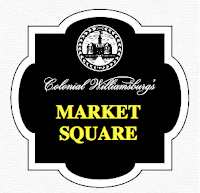 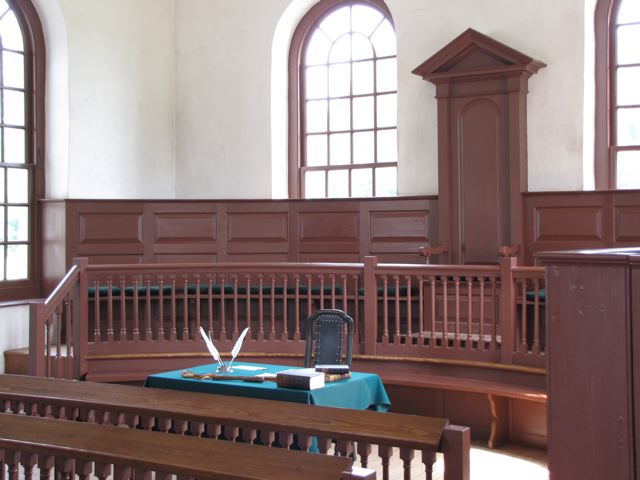 County Courtroom
--------------------------------------------------
The true center of Williamsburg is Market Square, the wide open lawn behind the County Courthouse where local farmers once sold their surplus items to the local townsfolk.  Known as the town common on the original plans for the capital, Market Square was the midpoint along the Duke of Gloucester Street between the College of William and Mary and the Capitol Building.  At first, two days a week were set aside for commerce to take place on the green.  Wednesdays and Saturdays were busy with barter and bargains, as everything from vegetables to livestock exchanged hands. 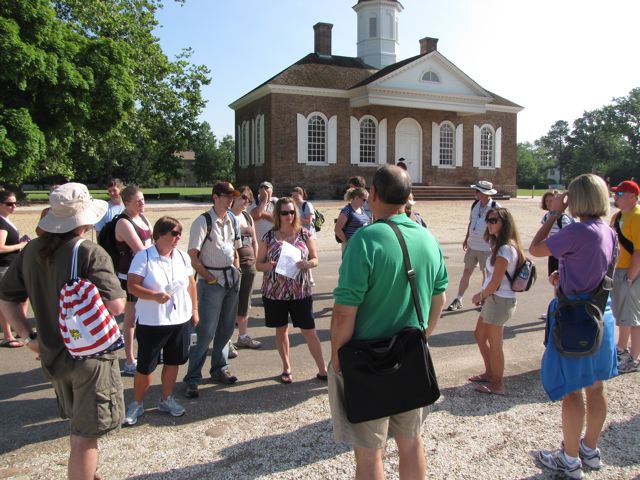 Our Institute's Group
--------------------------------------------------
When court was in session people flocked to Williamsburg to see what business was on the court docket and that was good for market business.  Eventually the market day schedule expanded to cover six days a week so patrons could purchase fresh meats, eggs, fish, vegetables, tools, and everything else one could imagine.  Without access to modern day refrigeration, people needed to buy their perishable goods they needed almost daily. Two days a year were set aside for faires, one on December and another in April.  On faire days games, contests, music, and other festive activities joined the normal sale of goods, which attracted more people from distant communities. Public sales also took place on Market Square, which often included the property of those recently deceased.  Sadly, this is also where public sales of slaves took place. 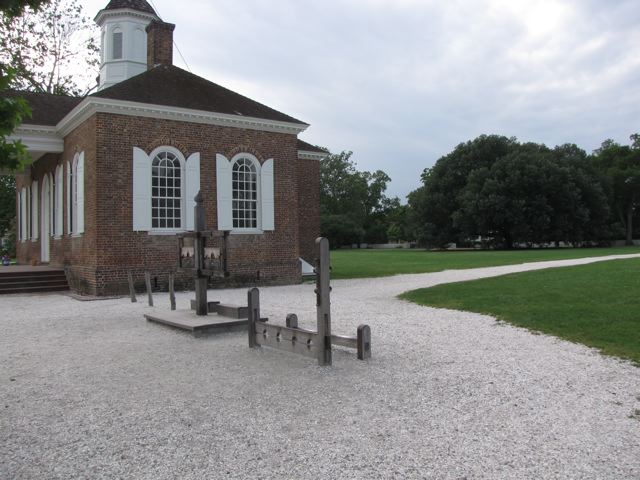 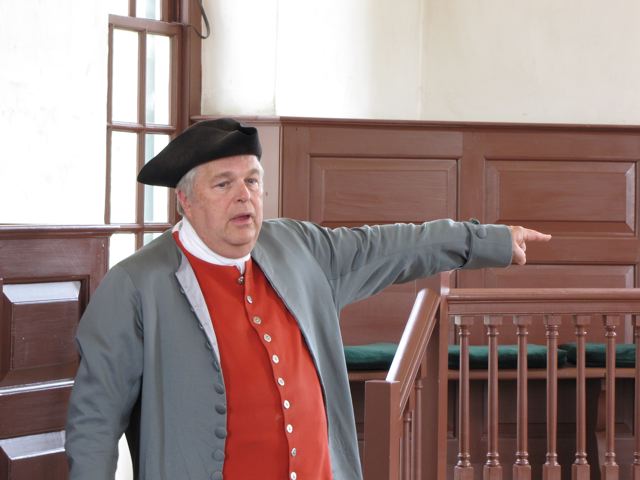 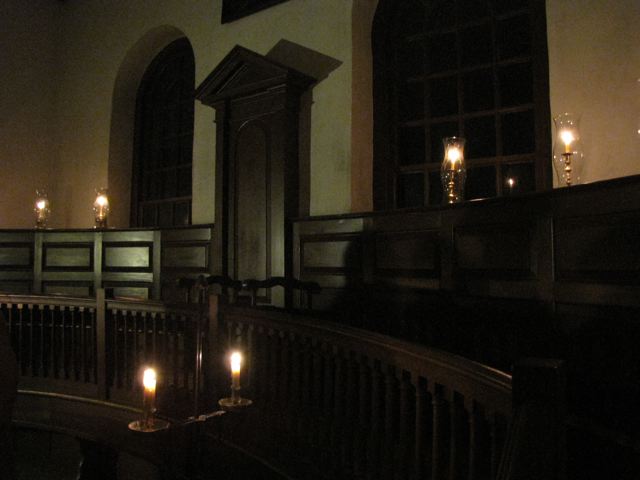 The Courtroom at Night
--------------------------------------------------
One of our evening programs took place at the courthouse called Slave Stories where we would hear three entertaining narratives from African folklore that have been passed down through many generations.  Every so often, slaves from several different communities or plantations would have the opportunity to visit one another.  They would meet in the evening out in the fields and build a bright fire where they would gather to sing old songs and tell stories from their heritage. For a short time, they could be themselves and forget about the restricting circumstances of their lives.  The stories were fun and full of humor.  We laughed as the slaves might have long ago, enjoying the company of others in a social gathering of friends and family.  The performance was by candlelight and the lightning from a passing thunderstorm lit up the night sky outside. 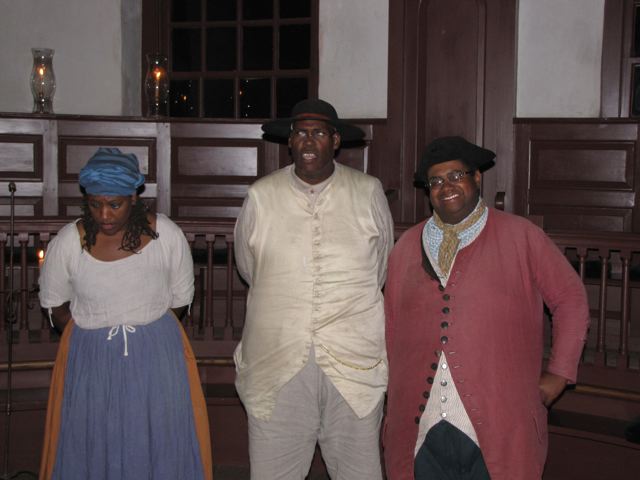 Slave Stories Cast Members
--------------------------------------------------
It was an outstanding performance we all enjoyed and will never forget.  I commend Colonial Williamsburg for educating the public on all the people, rich and poor, who lived once upon a time in the colonial capital... From the land owning gentry, tavern keepers, merchants, slaves, craftsmen, shop keepers, criminals, housewives, indentured servants, and everyone in between.  All have a story worth telling about life during our colonial past. 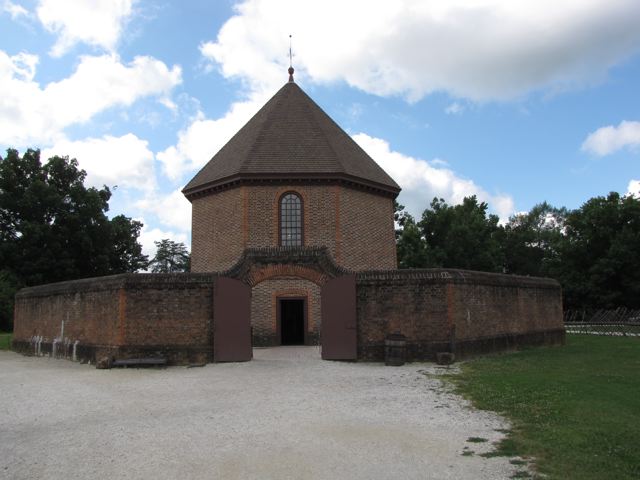 Magazine Weapon Storage
--------------------------------------------------
Across from the street from the courthouse was the magazine of the local militia where military supplies were stored.  Governor Spotswood ordered the construction of the magazine to secure the arms of the King within a protected structure.  A guard house soon followed that later served as the location for the town's fire fighting equipment. Ironically, despite the fact that everything inside the magazine was highly flammable, it never caught on fire and is one of the original structures of Williamsburg. (The roof caught fire in 1881 long after it was no longer used to store military items but the building itself escaped harm) 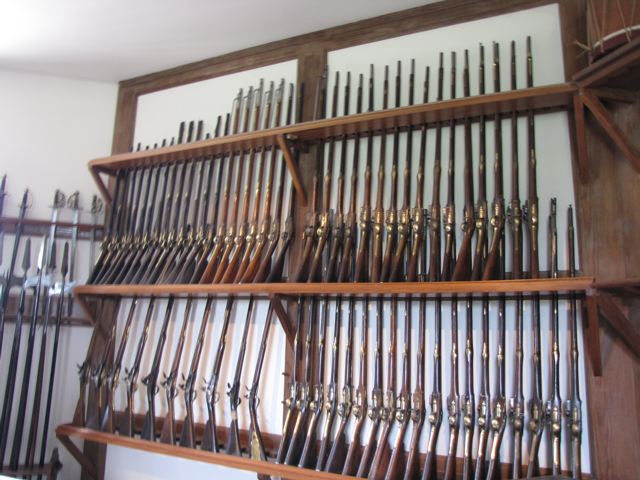 Magazine Interior Inventory
--------------------------------------------------
The magazine is in the shape of an octagon tower with a spiral staircase that rises through the center of the building.  This design allows all the wall space to be used to store various weapons, munitions, and supplies.  During the French and Indian War, more military supplies arrived than the magazine could hold so a thick exterior brick wall was built to enclose the tower and provide additional protected space for military stores.  At one time the magazine held over 3,000 Brown Bess muskets made in England.  The town green of Market Square was used by the local militia to perform military drills periodically.  Practice makes perfect! 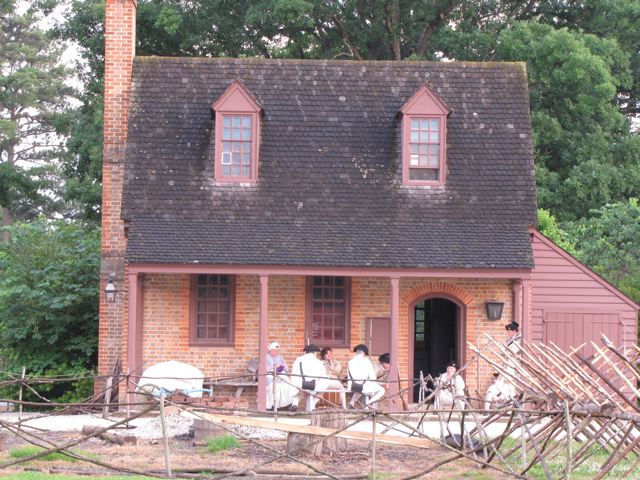 The Guard House / Firehouse
--------------------------------------------------
The event that helped spark the American Revolution in Virginia surrounded the magazine in Williamsburg. Governor Lord Dumore ordered British troops to empty the magazine of gunpowder stores in reaction to Patrick Henry's famous Give me Liberty or Give me Death speech. British marines from a nearby ship arrived in the middle of the night to extract the stores, alarming the town's residents.  Lord Dunmore explained to the angry townspeople that the action was necessary due to the rumor of a possible slave uprising.  The townspeople weren't buying it and following news of the events at Lexington and Concord outside Boston, Lord Dunmore left for England two months later in early June of 1775.  British rule in Virginia came to an abrupt end. 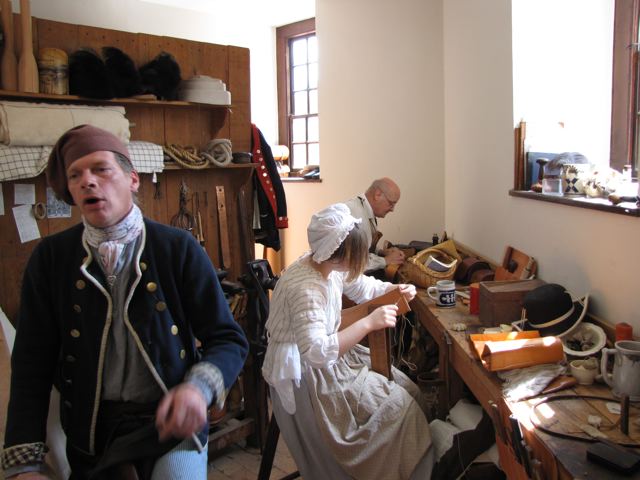 Leather Shop Craftsman
--------------------------------------------------
When the capital was moved to Richmond the magazine was reinvented again and again providing a variety of uses to the community.  Over the years, several businesses took up residence within the building.  Today a leather shop operates out of the rear door of the first floor.  We were soon met by a member of the local militia who led us through some basic military maneuvers and drills.  We were now ready for action but it was time for lunch so we discharged ourselves from duty and headed to the Raleigh Tavern! It's good to be a tourist! 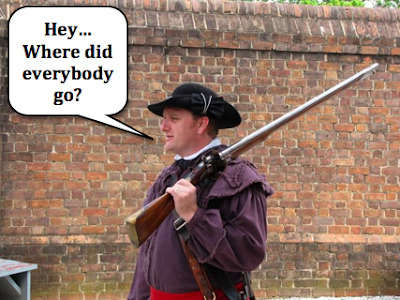 Did you Know... A Colonial Parkway highway was built to link Yorktown, Williamsburg, and Jamestown but threatened to run right through the middle of Market Square.  Dr. W.A.R. Goodwin suggested digging a tunnel to bury the roadway from view and in 1949 it was finally completed and still operates today.  There are grates near the Courthouse stockade where you can look down and see the traffic moving below.  However, it is so quiet, if you didn't know it was there, you would never notice it! 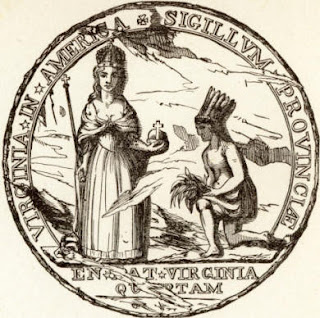