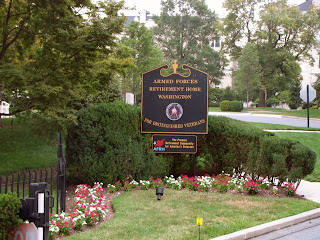 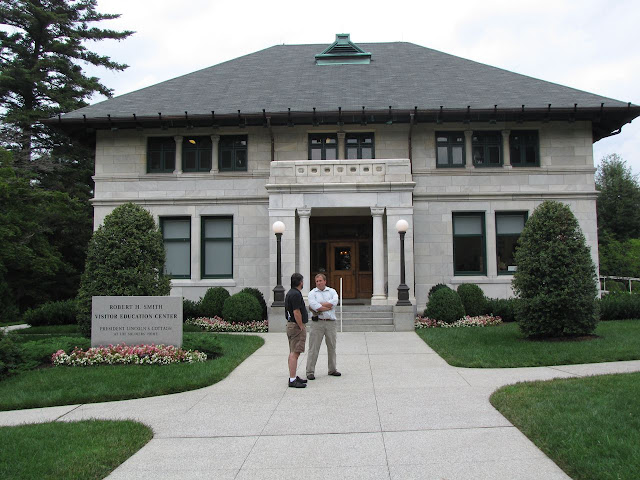 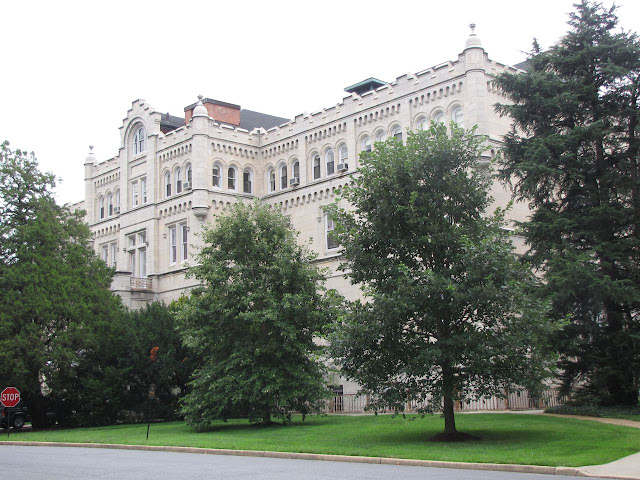 Veteran's Retirement Home
----------------------------------------------------
Abraham Lincoln grew up a country boy from the wilderness where he spent countless hours in deep thought in the quiet and solitude within his small and uncomplicated world. However, following his election to the presidency, he descended on the capital city of Washington D.C. which was consumed by a storm of turmoil that would soon engulf the country in civil war. Lincoln’s first year in the White House was one filled with national and personal tragedy. The nation had divided over the issue of slavery and then clashed back together again in violence. With the death of his young son Willie in 1862, the Lincoln family descended into mourning their loss. As Mary Lincoln observed, “When we are in sorrow, quiet is very necessary to us.” The family soon accepted an invitation from the Soldier’s Home to take up residence in a cottage located on the peaceful grounds of the home previously established for disabled and retired American veterans. 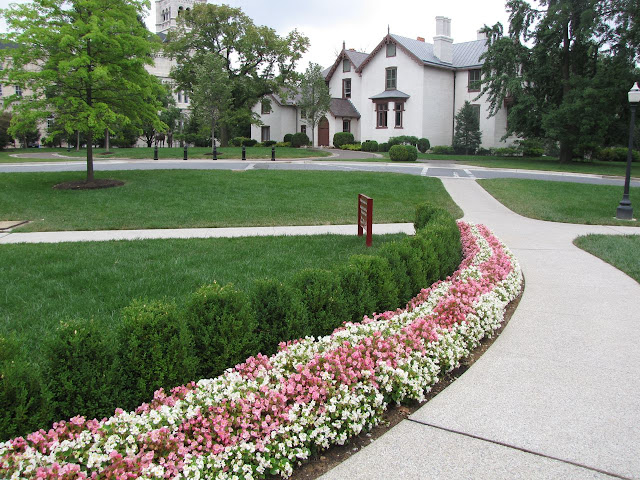 Lincoln Cottage / Front View
----------------------------------------------------
Moving his family to the cottage at the Soldier’s Home offered a stark contrast to the setting of the busy White House full of political enemies and the overwhelming pressures of office. It is easy to imagine that the president was able to absorb a full view of the outside world while commuting between his two bookend residences. In transit, he could take in the people directly affected by his decisions and might try to absorb the meaning of their lives and how they were individually impacted by the war. His impressions were most likely diverse as he passed and possibly conversed with the local merchant stocking his wares, a farmer selling his harvest, soldiers running errands, a wagon master making a delivery, and the contraband slaves making their way to camp. This contact with the common man most likely helped keep Lincoln’s feet firmly on the ground and served as a reminder of whom he was working for as President of the United States. The commute gave the president a view of the people, who by a majority had given him the authority to lead them and hope he could deliver on his promises. 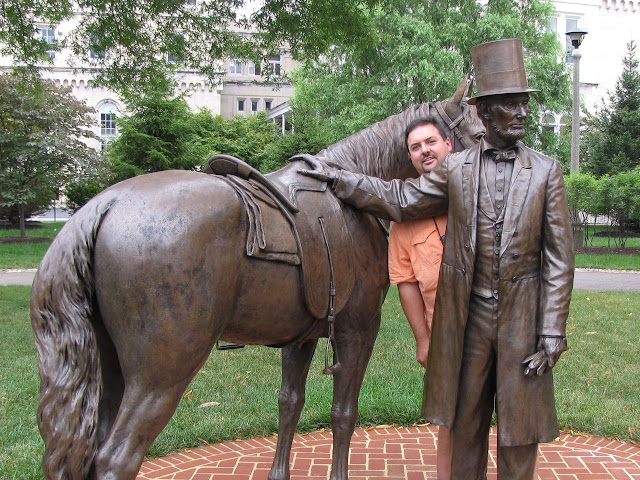 The Lincoln / Horse Statue
----------------------------------------------------
At the cottage the president could perhaps, take his mind back to the slower pace of Springfield, where he could have a quiet place to think and rehearse strategy and outcomes through his mind. The cottage offered a small town setting but hardly solitude, as visitors frequently stopped to visit the commander in chief. Some were of a political nature but many were also of the social variety that involved story telling and recitals of favorite poetry and literature. Friends from Illinois called frequently to visit and socialize with the Lincoln family. Here he might be able to step out of the role of president and possibly talk freely with acquaintances he could trust outside the political prison of the White House. It is highly possible these private conversations and quiet free time to think, helped shape his slow development of key legislation such as the Emancipation Proclamation. 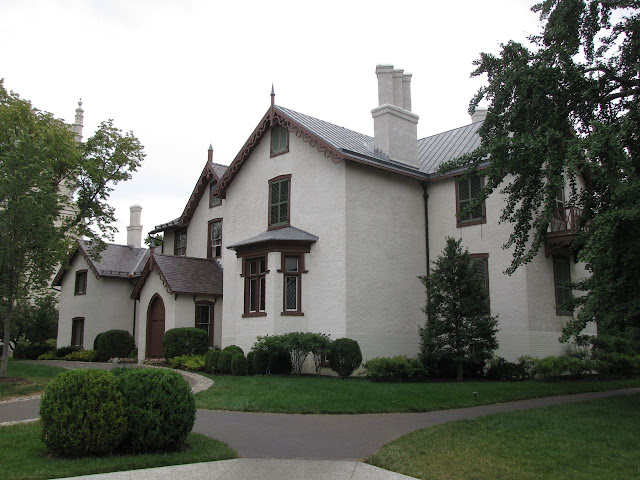 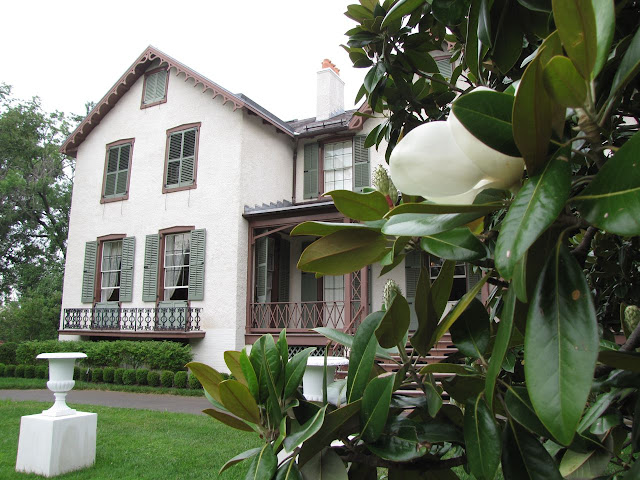 Lincoln Cottage / Rear View
----------------------------------------------------
In time, the cottage would provide the Lincoln family a place to actually be a family, something not possible at the White House. Over time, the family would come together and find a balance that would provide some of their happiest years together. Mary Lincoln was able to take control at the cottage and run the household, which was obviously very important to her. At the bustling White House in the city, she had little ability to control what was happening and the possibility of having time as a family was nonexistent. Also, due to her family’s southern connections and the fact that her brothers were fighting and dying for the Confederate cause made her, an unpopular First Lady within the city limits of the nation’s capital. She wasn’t able to grieve the loss of her siblings publicly. Perhaps, the slower pace of the cottage, in contrast to the hectic White House, granted her the private setting she needed to pay respect to her fallen siblings and mourn their loss. Over time, her constant trips to the northeast would slow and the family would come together and have real time as a family during the evening hours of the day. Mary would later recollect, that her time at the cottage were some of the happiest of her life. The setting of the cottage helped bring a degree of peace and balance to the Lincoln family. 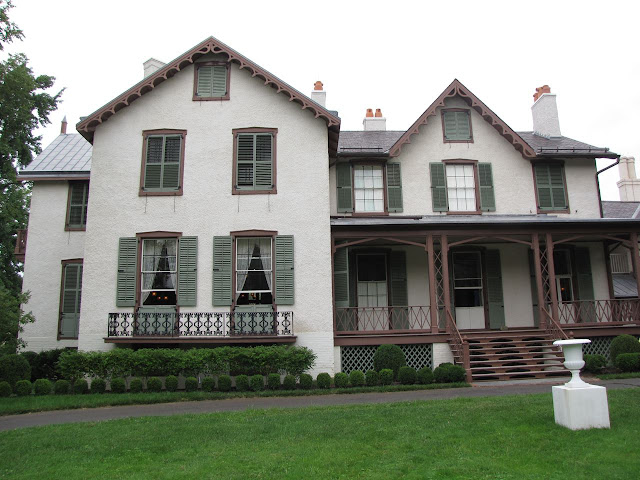 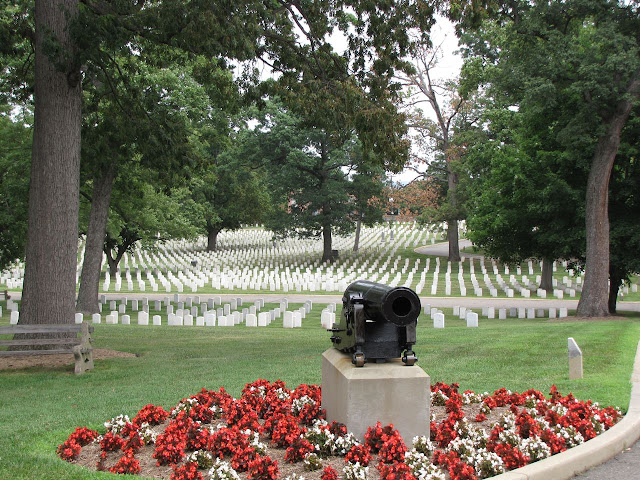 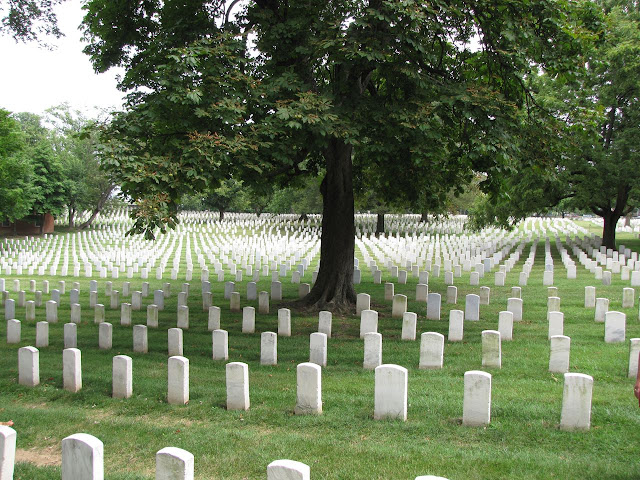 Lincoln's Cottage is not a home tour, all rooms are mostly vacant because although the family spent a lot of time here, no written descriptions exist of the interior.  However, the tour allows you to really focus on the space and man rather than the furniture.

Lincoln commuted daily to the White House without military escort until someone took a shot at him knocking off his stove pipe hat.  The hat was later retrieved with a bullet hole through the middle.

From that point on, a cavalry unit was assigned to guard the president and the Lincoln family, camping on the grounds at the Soldier's Home.  Sometimes Lincoln was accompanied by Secretary of War Edwin Stanton who also resided in a cottage on the grounds. 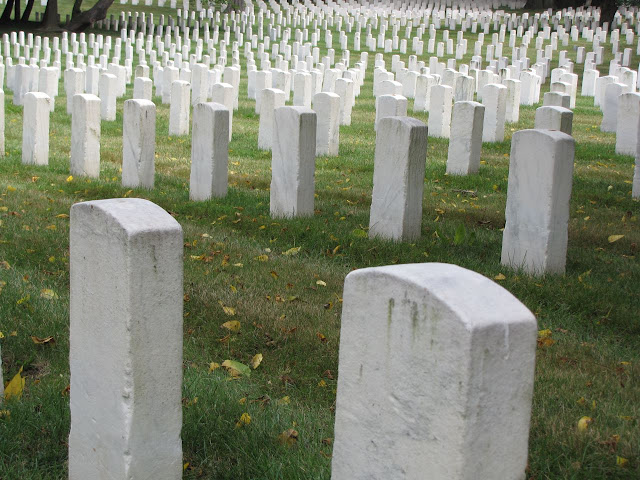