Today Katelyn and I had to go to another quick routine check up at Hershey Medical Center and since we were in the neighborhood... We hit the Middletown / Hummelstown Scenic Railway... An eleven-mile, hour and a half long ride along the historic Union Canal and Swatara Creek. Surprise! How exciting! I couldn't wait! Katelyn could hardly contain her enthusiasm! A ride along the Milk and Honey Line, here we go! 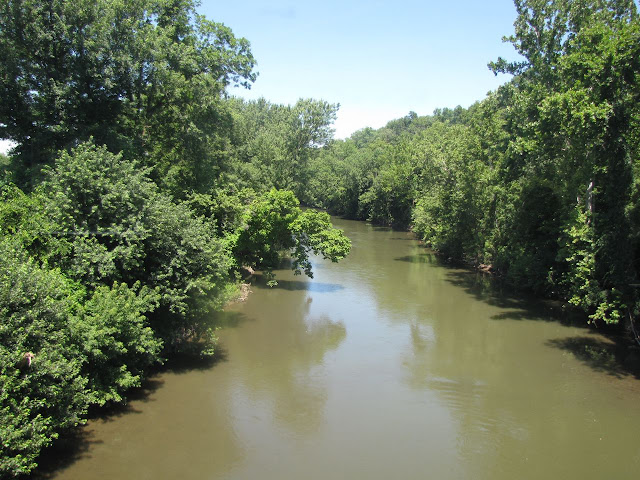 The Swatara Creek
---------------------------------------------
The three train cars were huge and could probably hold at least seventy-five people each. The eight passengers on our trip crowded into the last car, which was a little beat up but very historic and mostly original. The entire ride out was a historical narrative of points of interest along the canal. Problem was... you had to use your imagination because everything was so overgrown you couldn't really see anything. The Union Canal turned out to be a barely visible ditch which was now dry, full of vegetation, and hard to pick out from the other surrounding woods and plant life. The big break in the green curtain of foliage was when the train crossed the Swatara Creek. The information was well described and centered a lot around the flooding associated with Hurricane Agnus, which I remembered from when I was a kid. I found it interesting, Katelyn looked lost and confused? I asked her if she had any questions and she replied... "How much longer is this ride?" 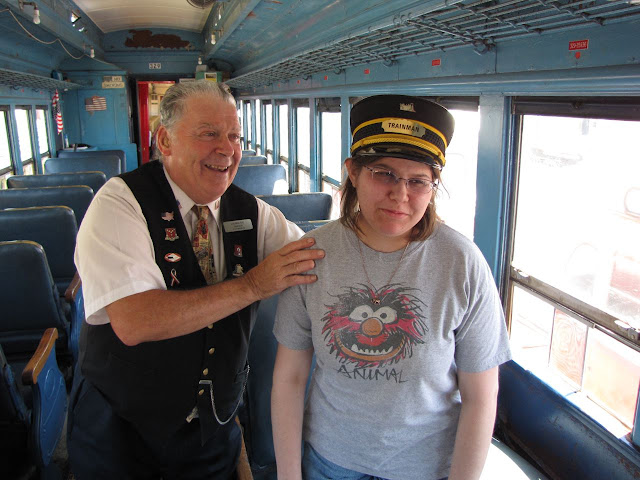 Working on the Railroad
---------------------------------------------
After we stopped at Indian Echo Caverns for a quick turn around I couldn't imagine how they would keep our attention on the way back across the exact same route? A few people got off and a few more got on the train at the Indian Echo platform... were they going to repeat everything a second time for those few people who just joined us? To my surprise an elderly man who was reading the paper in the back of the train got up and put on an accordion that looked about as old as the train itself. The journey back to the station was going to be a forty-five minute sing-a-long of old railroad songs from the bygone golden age of the railroad! This was gonna be good! 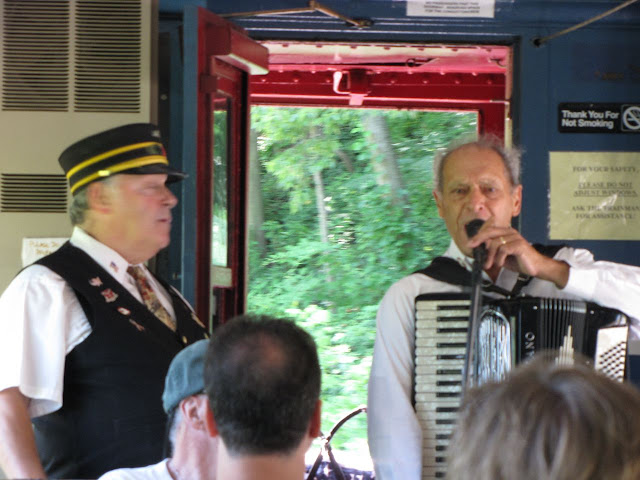 Accordion Orchestra
---------------------------------------------
The other ten passengers seemed a little passive but much to Katelyn's dismay and total embarrassment, I sang my heart out! It was a long ride for her but I was having a grand ole time! We sang song after song as the conductor and his gifted accordion playing sidekick led us through verse after verse! The train personnel were great and although Katelyn wanted to throw me overboard, I thought it was a fun, fun time! When in Rome... 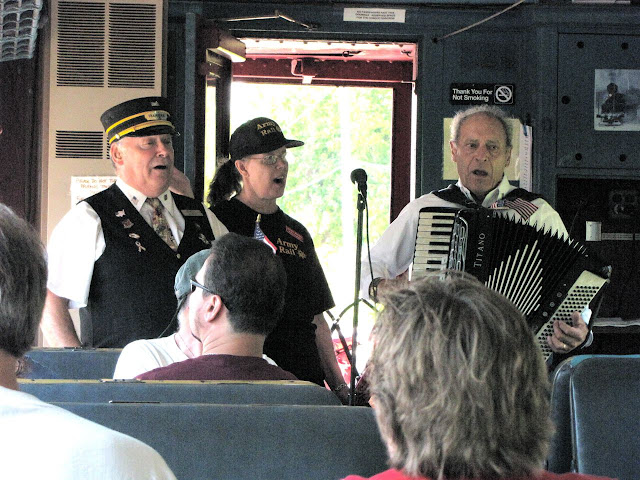 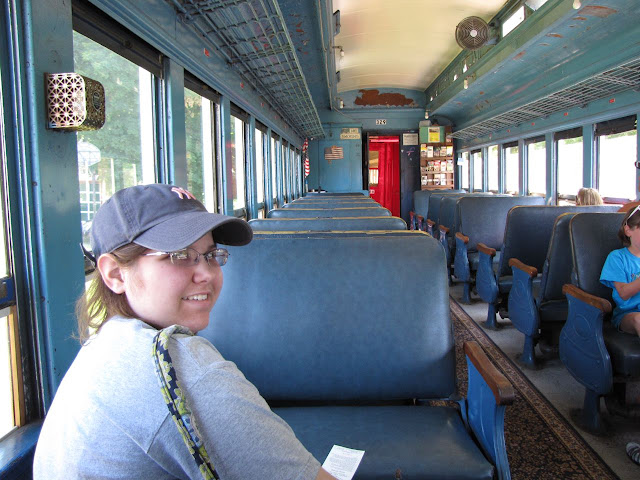