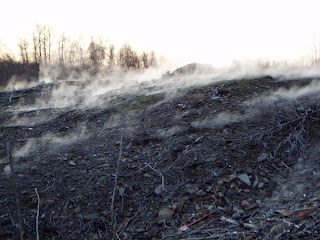 Smoldering Landscape
-------------------------------------------
For our next stop, we headed a few miles north to the most well known place name in the area, the town of Centralia, known for its tragic mine fire. The story starts in 1962 when the borough asked the volunteer fire department to burn some trash in an abandoned strip mine pit next to the local cemetery. Apparently, this was a yearly tradition but the landfill was in a new location this year and unknown to everyone, there was a small exposed coal seam beneath the new trash pile. Efforts to extinguish the fire failed and the fire spread into the abandoned coal mines that ran beneath the town. It continues to burn out of control to the present day. 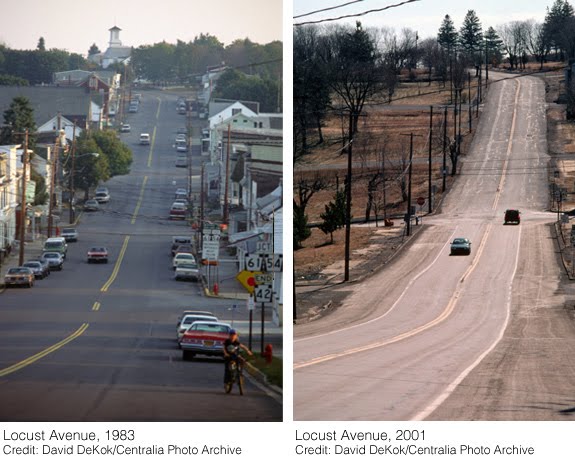 The town of about a thousand people has now dwindled to a population in the single digits since the fire started burning out of control causing health risks for the residents. My wife's great grandfather once owned a gas service station on the main street shown above. Recently, her brother David Grant went in search of the site of the former town Mobil Service Station.  He was able to find the cement base where the station's sign once proudly advertised his grandfather's business.  Soon it will be reclaimed by the progress of Mother Nature. 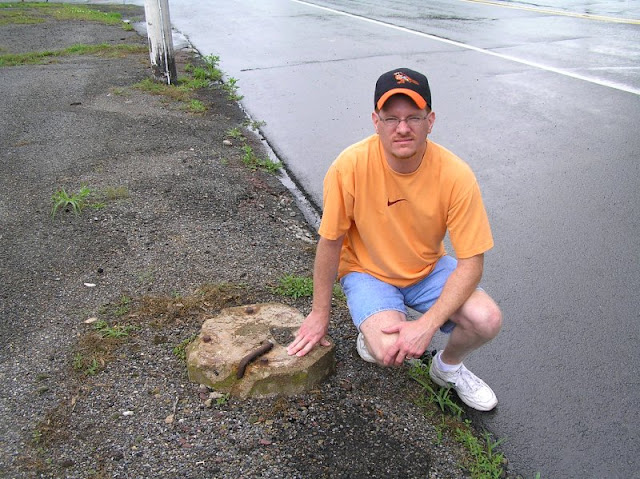 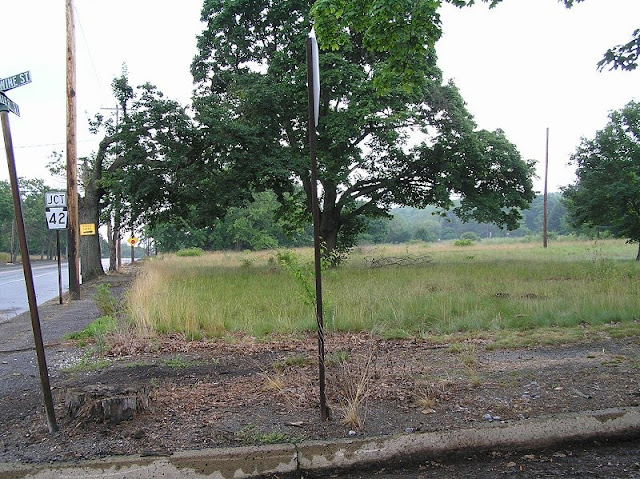 Former Home Sites
-------------------------------------------
Today the one street town is unrecognizable as nature has reclaimed the former home sites. It resembles an episode from the series Life After People on the Discovery Channel. It is amazing how plant life and trees have erased the large footprint of man in such a short period of time. The sidewals are now hard to find just off the road's edge and are breaking apart as plants are forcing their way through. The continuous strong smell of sulfer and fog on rainy days are now the only evidence that hidden within the new growth, something is still very wrong here. However, in stark contrast to this sad story, on the ridge of above the lost town, an army of giant white turbines has suddenly appeared. 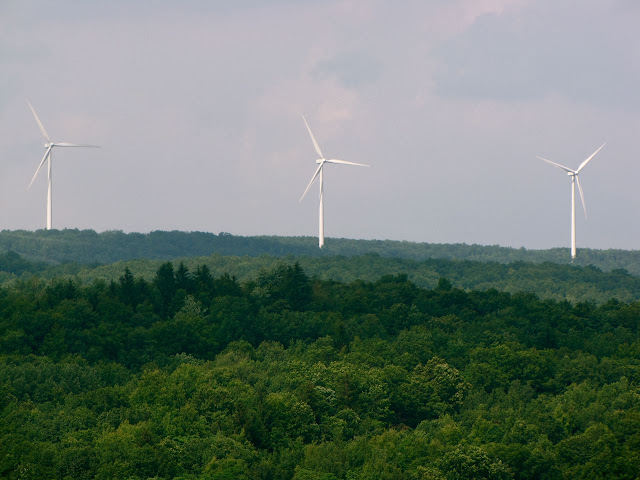 Windmills on the Horizon
-------------------------------------------
Within the past two years, giant windmills have been built along the mountain ridge just above Centralia as far as the eye can see. Ironically, the dead coal town is now providing energy once again to power nearby urban areas. This time the energy is green and clean to match the landscape and without risk of fire or harm to the environment. 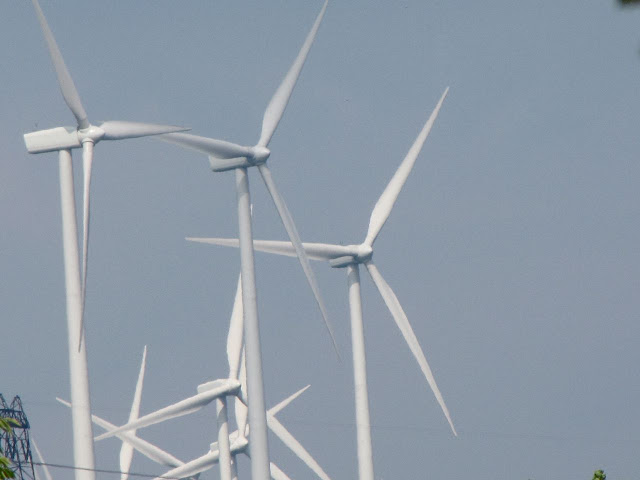 Windmills are the Future
-------------------------------------------
The windmills were beautiful and you couldn't help but be drawn closer to the bright white spinning giants that dotted the horizon, What was old is new again, power is being produced once more but the town and the people will not come back, they are gone forever. Soon all that will remain of the previous town of Centralia will be the memmories lost to history and the presence of a valuable lesson connecting the environment to all of us and the weight of the responsibilities that realationship carries. 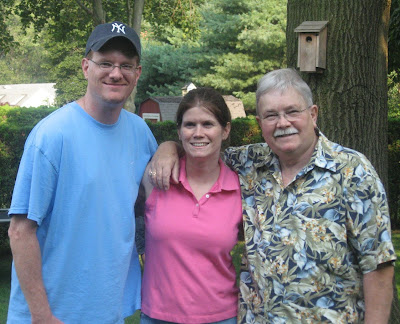