An American in Germany / Part # 1 / Introduction 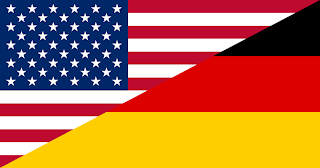 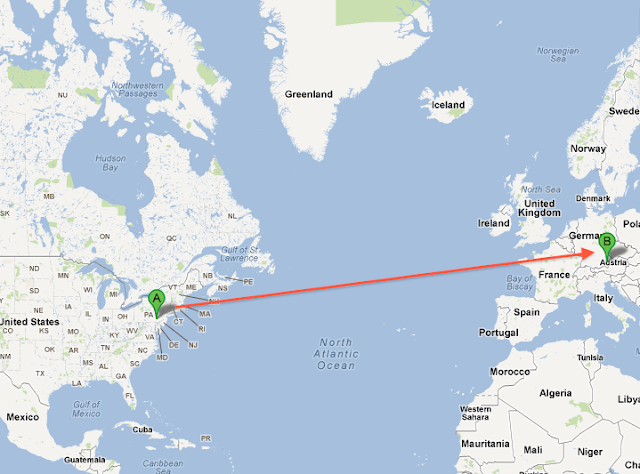 ---------------------------------------------------------
Over the past few years, Camp Martin Travels has grown to reach a worldwide audience.  However, my travel range has been fairly confined to sites located a short distance my from hometown roots of Lititz, Pennsylvania.  In my defense, I think that is pretty expansive territory for a guy to travel who still lives on the same street he grew up!  In fact, living three houses away from his parents for the past 12 years!  All that is about to change in a big way as I will soon be embarking on a long trip to the other side of the known world!  It was purely accidental, as I was joking one day with my friend and teaching colleague Wendy Andrews, who teaches German to our 8th grade students at Warwick Middle School.  One morning she said something to me about my blog and I asked her in jest, when she was going to take me to tour Germany to help Camp Martin Travels go truly global. She responded with... funny you should ask!  A group of German students were about to travel to Deutschland this coming summer as part of a foreign language student exchange program and they were in need of another chaperone.  Wow, are you serious? 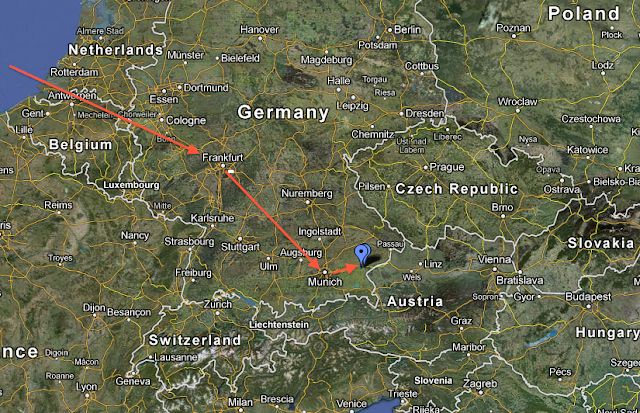 Village of Altötting, Germany
(Image Map Credit / Google Maps)
---------------------------------------------------------
The German American Partnership Program (GAPP) is an organization that helps make connections between schools in Germany and the United States interested in developing a foreign exchange relationship for high school aged students.  The purpose of the program is to have students live in the country they have been studying for the past several years for a few weeks, to truly experience the language, life, history, and culture.  We will be visiting the village of Altötting in southeast Germany for twenty-one days, where our students will be attending classes at their partner school and learning the culture by staying with host families within the village.  We will also be taking several tours as a group to historic points of interest and will have many more solo adventures with our host families.  It is the opportunity of a lifetime for me as I have never been overseas before, a long way from Lancaster County indeed!  I am very grateful to Wendy and her 17 foreign language students for their offer for me to join them on their trip abroad.  We will be leaving in late June and returning in the middle of July. 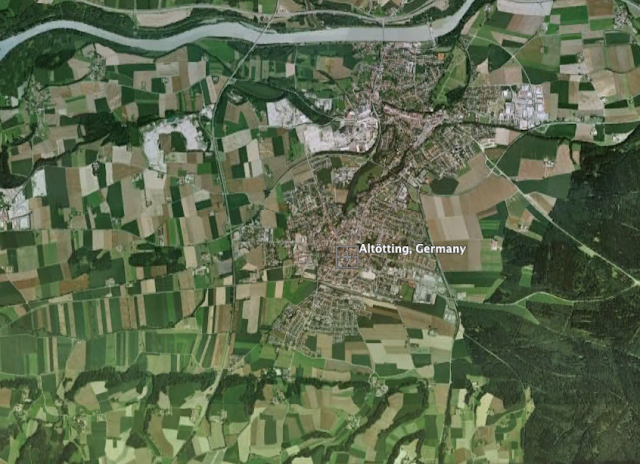 ---------------------------------------------------------
I also appreciate my family's willingness to let go of me for three straight weeks this summer.  I have taken several week long graduate level travel history courses in the past but have never been away from my family for more than seven days.  It will also be quite an adjustment to live with people whom I have never met before for 21 days in a foreign country.  The first question everyone asks when they hear I am going on the trip, is if I speak any German?  I always respond by stating the fact that I know three words... bratwurst, sauerkraut, and beer... and that should be enough for me to get by... But in reality, I don't speak any of the language and am planning on playing the role of the quintessential tourist during our trip!  Thankfully, my host family is fluent in English and are Wendy's counterparts in Germany teaching the English language to their students.  My host family is a young family of four who live in a small village near Altotting called Tüßling (Tussling).  Andy teaches English and History at the König-Karlmann-Gymnasium school located in Altötting.  His wife Angela also teaches English and History at another school in a nearby town.  They have two young children... Leo, a boy who is three years old and Amelie, a daughter who is one year old.  I just hope they can handle one more really big kid living with them for 21 days this summer!  My wife is feeling sorry for them already!  Good luck! 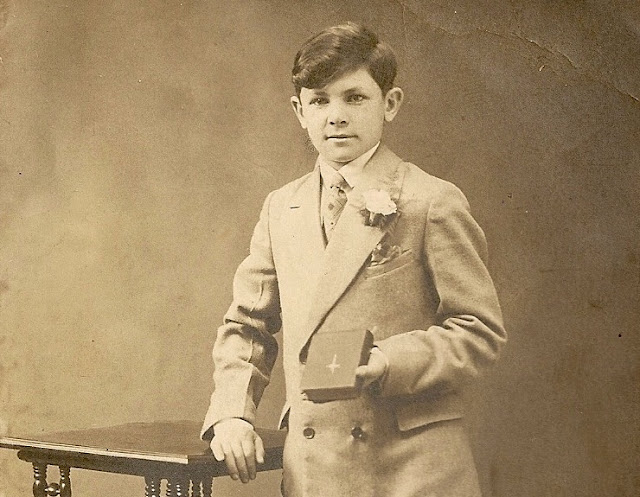 Stephen Emich / Catechism Portrait
Otterbein United Methodist Church Lancaster, PA
---------------------------------------------------------------------
It will be a journey full of personal connections for me as my grandfather Stephen Emich was from a small village in the former country of Yugoslavia when it was known as Austria-Hungry.  He migrated to the New World as a ten year old boy with his older brother Adam who was twelve, aboard the steam ship the S.S. Paris.  Their ship sailed out of the French port of La Havre, crossed the Atlantic Ocean, and arrived in America at Ellis Island on November 19, 1921.  Today, the area of his birth is recovering from another ugly war.  The ethnically volatile region has emerged following the peace, renamed once again as the country of Bosnia-Herzegovina.  The German culture many people regretfully fled in the wake of World War I was transplanted in the New World and sprouted anew within the Pennsylvania Dutch Country.  My grandfather and his family found a home in the city of Lancaster, Pennsylvania in an ethnically friendly German section of the city affectionately known as Cabbage Hill.  In addition to Lancaster, there are many other local areas that have been influenced by their German roots including my hometown of Lititz, which was founded by the Moravians in 1756.  A little down the road, Ephrata was founded by the members of the Ephrata Cloister, and my brother lives a short distance from the Hans Herr House homestead, the oldest surviving Mennonite Meeting House in the western hemisphere dating back to 1719.  After studying the German heritage in America for so many years, I am looking forward to experiencing the source of Germany's rich culture in Bavaria! 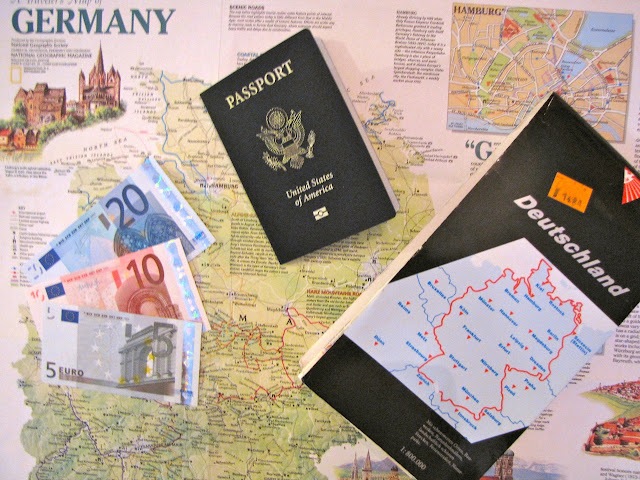 The Tools of Traveling Abroad
---------------------------------------------
It was quite a process getting ready for my journey to Bavaria and beyond... I needed to get an updated birth certificate with a raised seal to be eligible to apply for a passport.  The birth certificate was quite an ordeal in itself.  I first tried to apply online, which actually meant you printed out the form and mailed it in yourself.  After several weeks of trips to my mailbox without success, I investigated further and after reading the fine print... it could take up to fourteen weeks!  That fact led to plan "B" and a trip to Harrisburg in person to get my new and improved birth certificate from the office of Pennsylvania Health Department's Division of Public Records.  It was amazing to think that a process that could take months through the mail could be done in a few hours at the state capital.  Incidentally, my birth certificate request through snail-mail actually just arrived a few days ago!  Now I have two copies... just in case!  Next, I needed to have my official passport quality photos taken and got that task completed at a local drugstore.  I was now finally ready to apply for my passport.  Upon arrival at the passport office, I was informed that my passport photos in hand were too dark and would need to be retaken!  What next?  Luckily, I was able to get my photos retaken on sight and completed the application process with a single visit.  Now, all that was left to do was wait for my passport to be delivered to my mailbox, which could take up to another six weeks!  Good Grief! 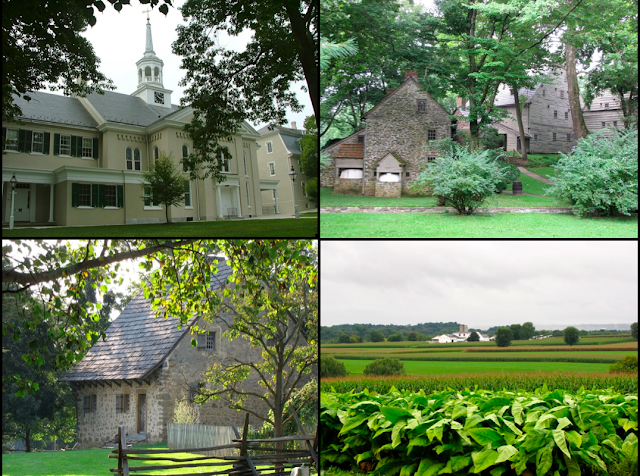 German Influence / Lancaster County, PA
------------------------------------------------------------
All-in-all, the whole process to get your passport from beginning to end could take 4-5 months when you are a newbie like me, depending on what you need, and what method you use to get everything.  I'm glad I followed Wendy's advice and got an early start, considering all the hurdles I needed to clear to get all my documentation and paperwork in order.  Now, I'm free to travel the world!  Well almost... I needed to order Euros from my local bank so I had some spending money on hand upon entry into German airspace.  I also needed to borrow a set of luggage and a good detailed map of Germany from a friend.  I also got lots of advice from professional insiders who have traveled to Europe many times before.  It was quite an education to say the least!  The never ending list of items I needed to find and/or purchase for the trip seemed to grow daily!  I have only ever been on a plane once before when my family and I traveled to Disney World in Florida for a week.  This promises to be a little more involved. 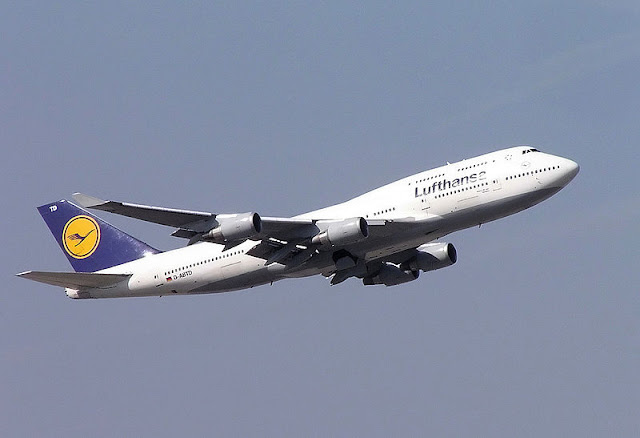 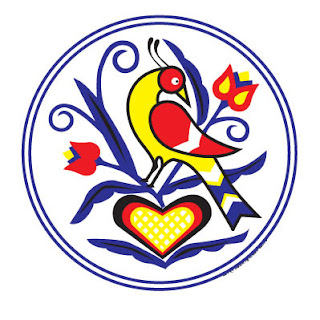 
YOU CAN ALSO CHECK OUT THE WHOLE SERIES IN ORDER AT...
https://www.warwicksd.org/teacherweb/module.php?id=7644&tid=241