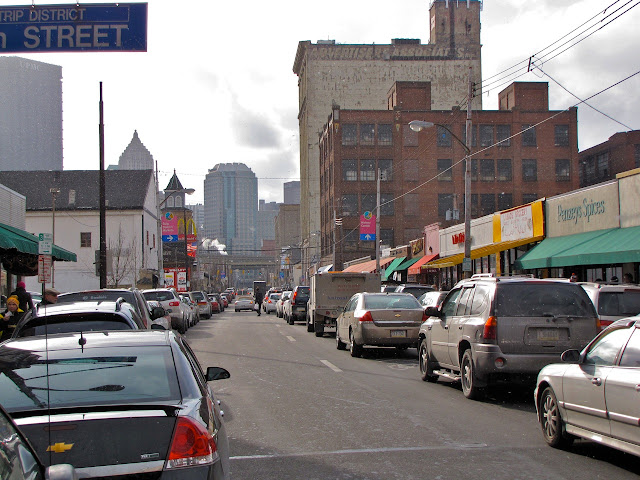 The Strip District / Penn Avenue
------------------------------------------------
For years my childhood friend Brian and I had discussed a road trip back to his hometown of Pittsburgh to see the sights and experience the culture of the Iron City.  We can both still remember the first day we met when his family moved into the the house next door to mine on Fairview Drive.  My brother and I had climbed our fence to get a good look at the new family that had just pulled into the driveway.  We were very curious about these newcomers and were pleasantly surprised to see a boy my age get out of the car.  We were instantly fascinated with the strange exotic accent that they had when they introduced themselves.  We had never had foreigners in our neighborhood before!  Where was the city of Pittsburgh anyway?  Probably somewhere near France I guessed?  The fence my brother and I used as our observation point is long gone but our close friendship has stayed intact for over 35 years. 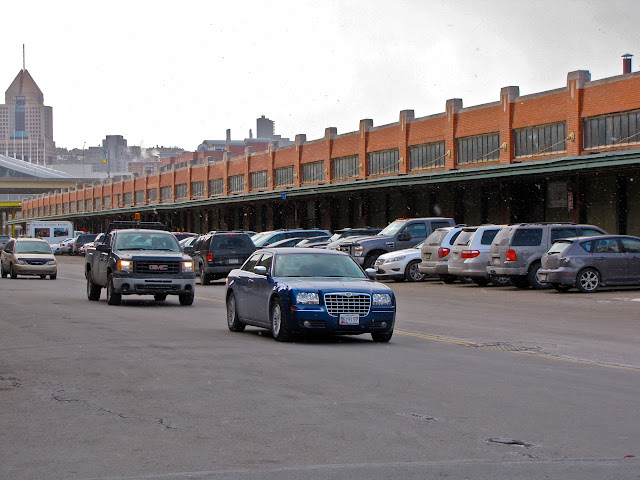 Warehouse Strip / Smallman Street
-----------------------------------------------------
We finally got our chance to make the sacred pilgrimage to the city of his birth a few days after Christmas in the final days of 2010.  Brian had not been back to his hometown in quite a long time and had never explored the city before.  Time to make a memory and have an adventure!  Brian's whole extended family was making the trip for a once in a lifetime family reunion dinner and I was tagging along.  However, we would have some freedom to go our own way and do our own thing most of the time.  I had two key goals on this trip... To get to the site of Fort Pitt to complete my French and Indian War journey along the Forbes Road... And to go to Primanti Brothers to get one of their famous sandwiches.  Ever since I read the article in National Geographic (Aug. 2003) about Primanti Brothers' signature mountain high sandwich, it was on my bucket list.  Any sandwich that makes National Geographic magazine truly must be a cultural event! 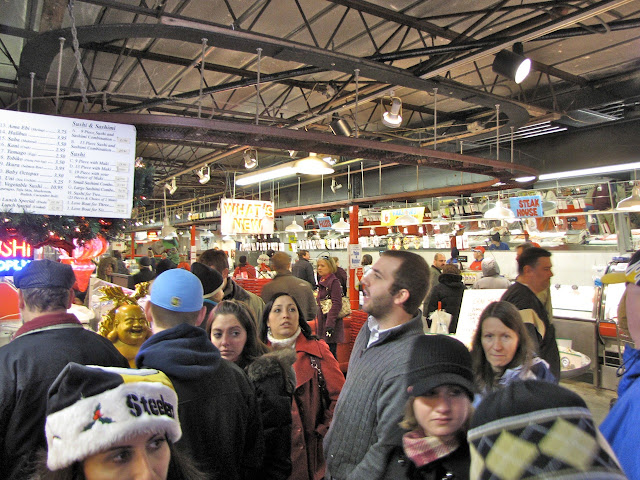 Robert Wholey Fish Market / Penn Ave.
----------------------------------------------------------
Upon arrival at our hotel in Cranberry Township outside Pittsburgh, we instantly did a virtual search for the location of Primanti Brothers and were surprised that a satellite location was less than a mile from our hotel room.  We had to leave for the huge family reunion dinner in less than an hour but hey, there's nothing wrong with a little appetizer before the main course... right?  With the help of GPS, we were in the parking lot within five minutes to commit the ultimate pre-dinner sin of putting our appetites in jeopardy before the main event!  But since our mothers were no where to be found to remind us, we were seated and scanning the menu within seconds.  Ironically, a framed picture of the article from National Geographic was on the wall right above our table. 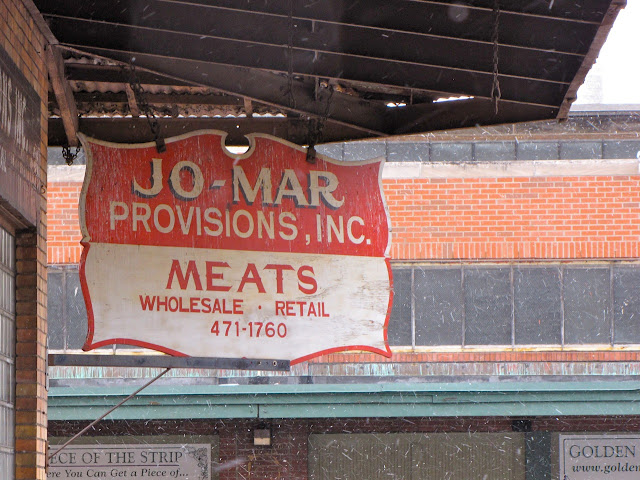 Jo-Mar Wholesale Meats Sign
---------------------------------------------
Since we were newbies in this realm of the food pyramid and pressed for time, we got some assistance from our helpful waiter  We ordered one of the Pitts-burger versions of their signature sandwiches and had it cut in half to save room for the main course (Italian) about ten miles down the road.  What makes Primanti Brothers eating experience unique is that the sandwich is an all inclusive meal.  You start with about a dozen choices of different kids of meat but all are topped with a fist full of fresh cut fries and a pile of sweet and sour coleslaw contained by two thick pieces of soft Italian bread.  The mammoth sandwich can be further complimented by a variety of toppings including a local favorite, a fried egg!   The sandwich was amazing and exceeded our expectations and made us hungry for more! 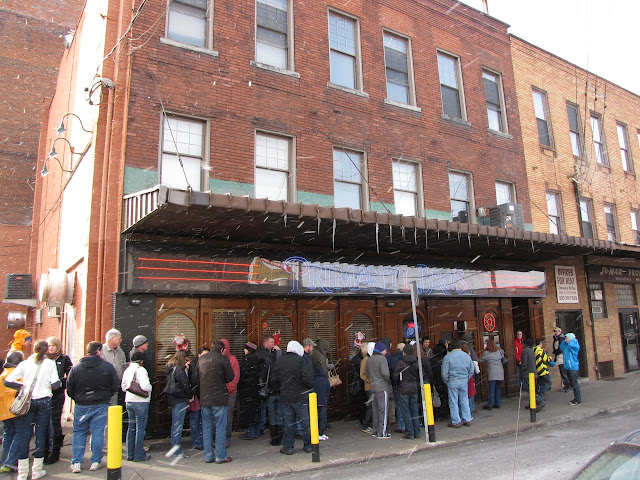 Original Primanti Brothers Location
----------------------------------------------------
The next day we were off to one of the famous sections of the city known as The Strip, and the birthplace of Primanti Bothers.  The Strip is the Pittsburgh warehouse district where a lot of Italian immigrants who moved to the city earned a living.  Many were material handlers, truck drivers, or started small businesses along The Strip back in the day.  Many of those shops are still in operation and run by the descendants of the original families.  We passed by butchers, fish markets, and a multitude of ethnic restaurants.  We turned down a small side street and came upon an eatery with a line out the door of at least thirty people deep.  It was 2:30 in the afternoon and Primanti Brothers' original sandwich shop was completely swamped with impatient hungry customers.  Other members in our party saw the line and decided to opt-out of line for a fried fish sandwich at Robert Wholey Company's fish market.  It looked appetizing but Brian and I were determined to see the the interior of a sandwich shrine. 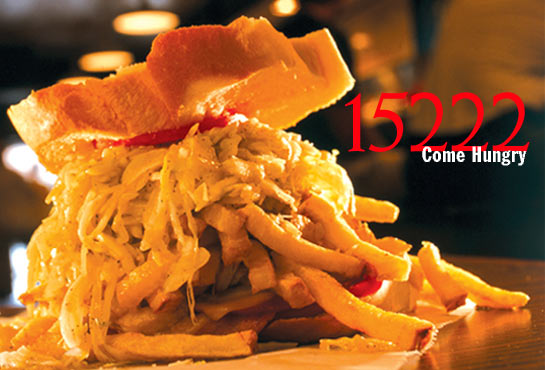 National Geographic Article Photo
--------------------------------------------------
The line was long, the air was raw, the wind was brisk, and the sky filled with snow flakes.  It felt like Pittsburgh in late December.  The glow of the neon signs inside visible through the window, gave a warm inviting feeling to help the freezing endure the wait.  We slowly inched forward, encouraged by the intoxicating smell that was released every time a satisfied customer exited through the door.  This  powerful teaser prevented anyone from having second thoughts and retreating to the bottom-feeder fast food being served at the McDonald's down the street.  Within fifteen excruciating minutes in line, we had made it to the threshold of culinary genius.  We were within full view of the stainless steel lunch counter shrine where it had all started.  The grill was filled with sizzling meats, wire baskets full of hot fresh-cut fries, and plastic containers brimming with sweet and sour coleslaw.  Your mouth is watering... Isn't it? 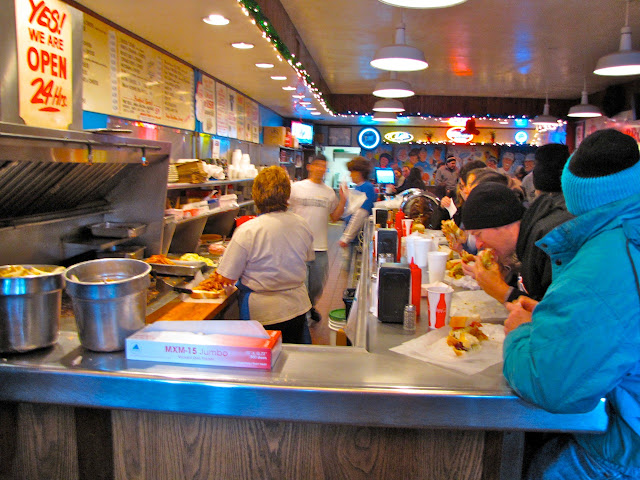 The Busy Lunch Counter
----------------------------------------
The long lunch counter was filled with every variation of their signature sandwich, with hungry customers enthusiastically devouring sandwiches as if they hadn't eaten in days!  In retrospect, it kind of resembled a bunch of piglets jockeying for position for a spot at mama sow.  Come on... it's my turn... I think we can squeeze in there somewhere!  The restaurant also had a dining room that may have continued on the second floor but it remained hidden from view as we were determined to have the lunch counter experience.  Soon a gap in the line appeared and an overwhelmed and slightly exasperated employee waved us in to occupy two side-by-side stools that has just become available. Raise the flag, we had reached the summit! Primanti Brothers Sandwich Artisans
----------------------------------------------------
The history of Primanti Brothers started in 1933, as an eatery for the workers of the Strip District.  Busy truck drivers always on the move did not have time to sit at a lunch counter for a meal.  So Primanti Brothers came up with their version of fast food, where the entire meal was stacked between two pieces of fresh bread.  The sandwich was designed to fit in one hand so the drivers could eat lunch and steer their trucks on the go at the same time.  I wouldn't try this today, as the large sandwich can be very messy and a challenge to eat just sitting at a counter!  We ordered another Pitts-burger and one of the original pastrami versions and split them between us again.  The guy next to me finished his first sandwich and then ordered a kielbasi sandwich topping the come-standard slaw and fries with sauteed onions and a fried egg.  Wow!  We were both big eaters but each had trouble finishing our single unadorned sandwiches.  We were lightweights? 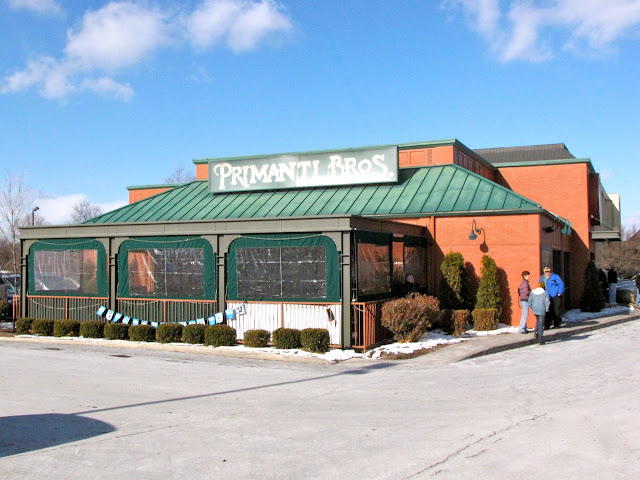 Primanti Brothers / Cranberry Twp.
----------------------------------------------------
After lunch we went out to explore more of The Strip to walk off some of the 10,000 calories we had just consumed.  A short distance away, we came upon several sidewalk vendors and corner shops selling every kind of Pittsburgh Steelers gear.  This city identifies itself with their beloved football team and you are constantly reminded of this success everywhere you go.  Everyone on the streets were wearing some badge of honor, touting the Steelers.  As a devoted Philadelphia Eagles fan, I was feeling more than a little awkward in enemy territory.  I got up the courage to ask one of Brian's relatives where I could find the Philadelphia Eagles store?  He replied with good humor... two hundred miles east of here!  On our final day in town, Brian and I were still the only people in our group who had the pleasure of experiencing Primanti Bothers... twice and with our descriptions of high praise, everyone wanted to try it for our final lunch before departure!  Well ok, stop twisting my arm... if you insist, I guess I could eat just one more! 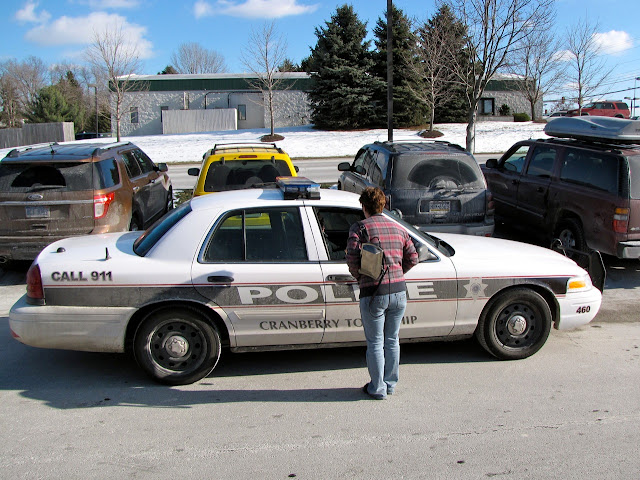 Local Police to the Rescue
--------------------------------------
We hit the Primanti Brothers restaurant a mile from our hotel after we had checked out for a farewell luncheon.  Since Brian and I were now experienced pros, we didn't need help from the wait staff and navigated our fellow newbies through the complex menu of Italian delights.  It was delicious and Brian's dad got a second sandwich (with a different meat choice) to go, to enjoy later.  Several family members were staying a few more days but several others hitched a ride back home with us.  During the luggage transfer into our ride, the keys got locked inside with the motor running.  Frantic calls were made to the local police, AAA, and Governor Ed Rendell's office for help.  Soon, a less than thrilled, police officer showed up and after some mandatory paperwork and title checking, popped the lock open with an old-school Jimmy Stick.  We were saved!  Nothing like a little drama to end your stay! 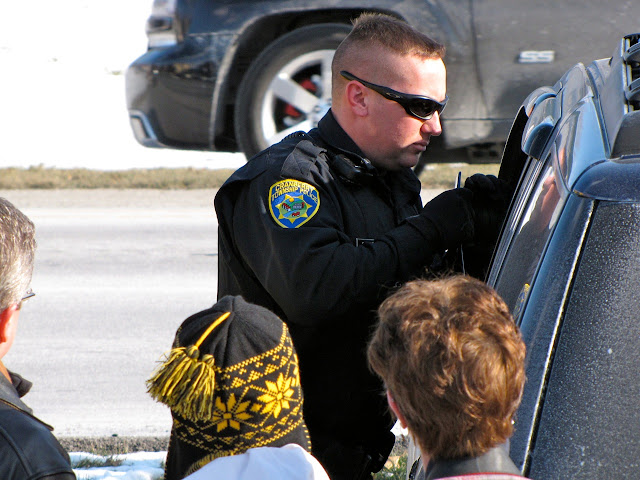 What a great trip!  A big thank you to Brian and his family for allowing me to tag along!  I was treated as a member of the family and we all had a great time that will always be remembered.  So in retrospect, we ate our way through Pittsburgh via Primanti Brothers.... But... Hey, that's what New Year's resolutions are for!  Right?

For some reason, I am suddenly really, really hungry!  Who's up for a nine hour round-trip drive and thirty-five dollars worth of tolls on the Pennsylvania Turnpike for a run to Primanti Brothers?  I'm game, who's driving?  And... bring an extra set of keys! 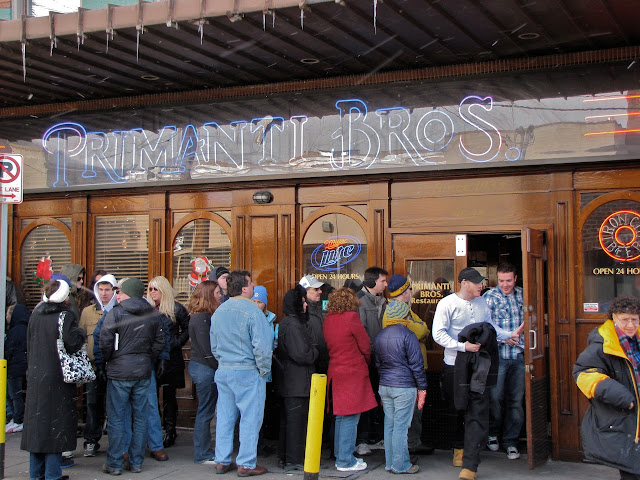 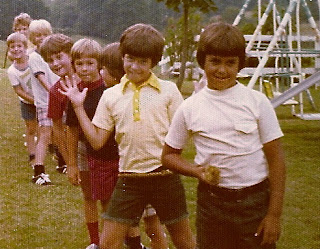