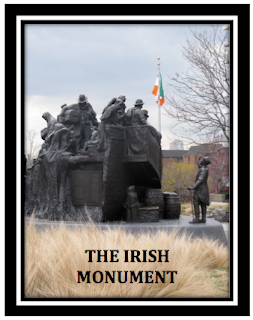 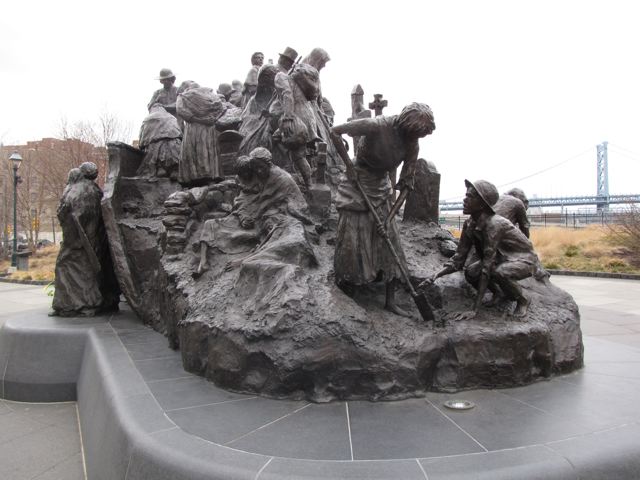 On a recent trip to the City of Brotherly Love, a friend and I decided to explore beyond Independence Mall and walk down Market Street to see Penn's Landing. The view of the Delaware River was beautiful, scanning the waterfront of the distant New Jersey side.  The view was framed by the Ben Franklin Bridge to the west and the Walt Whitman Bridge to the east.  The center was anchored by the retired battleship USS New Jersey moored along the dock. On our way back we stumbled upon a pleasant surprise between Penn's Landing and the city on the corner of Front and Chestnut Streets. 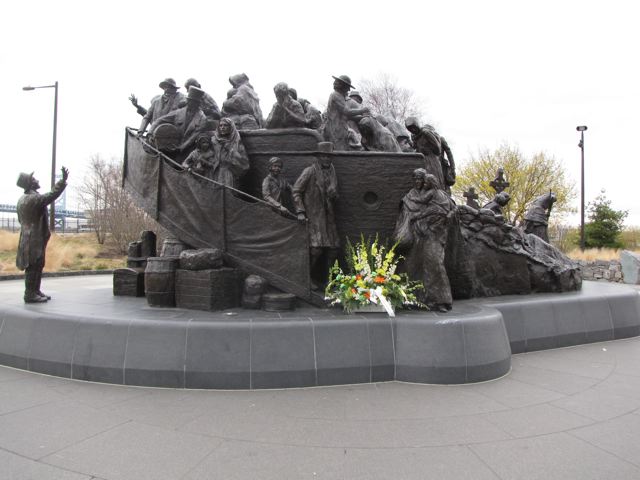 The Irish monument was designed by artist Glena Goodacre who is also well known for the Women's Vietnam War Memorial that stands in Washington D.C. within the National Mall's walk of monuments.  As a nation, we seem to really like monuments.  You can pretty much find one almost everywhere you go that has a little history from its past worth mentioning.  Most monuments you come across commemorate a specific person, group, or event of historical importance.  They usually consist of a specific bold shape, such as an obelisk or they are symbolic in the form of angelic women.  Our favorite monuments often include ones that exist in human form.  I think we best identify with monuments that look like the people they are attempting to memorialize.  For example, the Lincoln Memorial just wouldn't be the same if his image wasn't inside sitting up there for us all to look up to and admire. 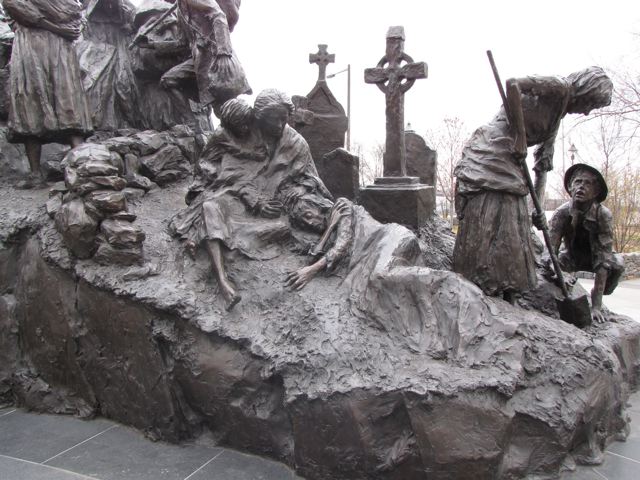 The three million dollar large scale sculpture project was completed and opened to the public in October of 2003. What made this monument unique and stand out to me was that it actually tells a story as you walk around the base.  Not the story of any one specific person or event, but the personal stories of millions of nameless unknown individuals of Irish ancestry. The stories of both tragedy and hope are represented within the thirty-five life-size bronze figures standing inside the wedge shaped rectangular base.  The story of the monument begins in Ireland during the Great Potato Famine of Ireland from 1845 to 1852 where over a million people perished when blight destroyed much of the potato crop that was vital to three million Irishmen of the lower tenant class. 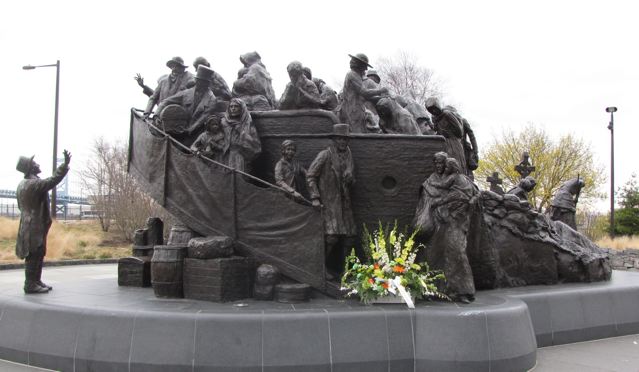 The monument is dedicated to those who died but also to those who survived and escaped across the Atlantic to better lives in America.  The next scene depicts people boarding a ship bound for the port of Philadelphia, the location where the second most immigrants entered the country.  On the corner opposite from the famine scene, people arrive and are welcomed into the Land of Opportunity by a waving bystander.  The newly arriving immigrants descend from the deck of a steamer to the landing below, resembling William Penn centuries earlier.  A bright spring flower arrangement was displayed on the base and stood out in stark contrast to the gray bronze figures in the background. 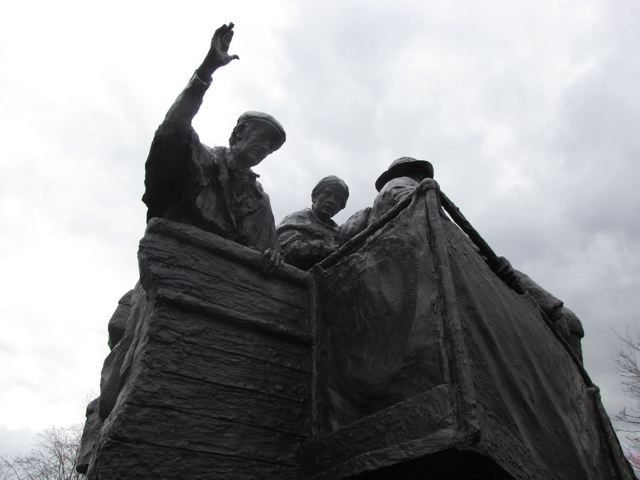 The story reminded me of my grandfather's own journey from Eastern Europe to New York at the age of twelve.  One does not have to be of Irish descent to appreciate the message and story that can easily connect emotionally with so many people today.  The faces of the monument represent both men and women from all stages of life, providing several sculptures in which every visitor can identify.  As you examine their faces, you try and find the circumstances of the individuals being portrayed within their fixed expressions. 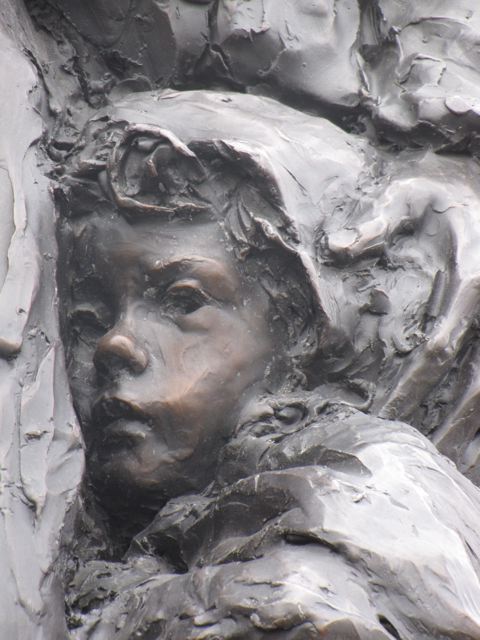 A mother holds her young daughter close who seems to have an empty gaze that is haunting and filled with sadness. It was the image that affected me most and one my mind recorded and carried home.  The Irish Monument is my favorite memorial of my travels to date.  It may not be the most grand in size and stature but I connected with it because of my own family's story.  We all look for symbols of monumental moments that mark the important events that shaped our personal heritage and that of the nation and world. 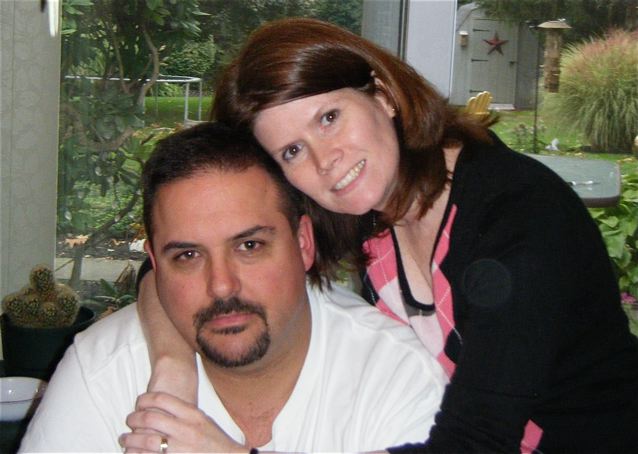 Did you know: There are forty-four million Americans of Irish descent living in the United States today, one of which is my wife! 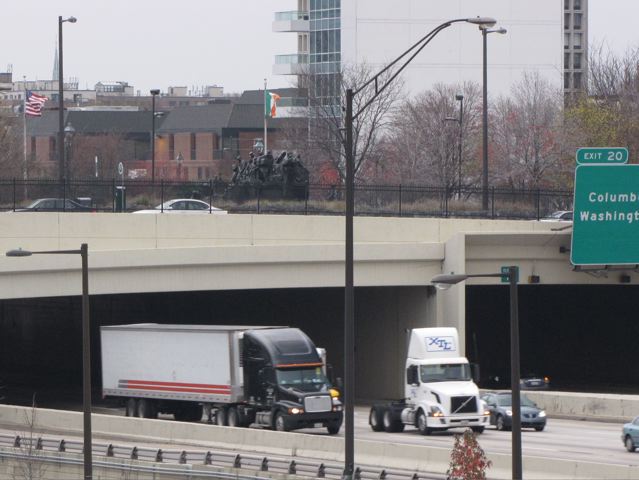 Did you know: The 1.75 acre park containing the Irish Monument is actually on land suspended above highway 95 that runs beneath the site.  Notice the Irish flag and monument above the truck cab on the left. 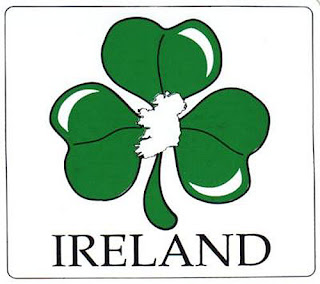