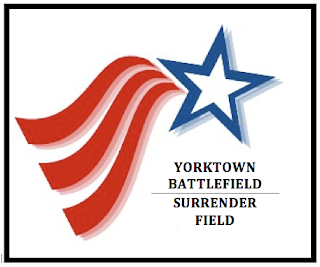 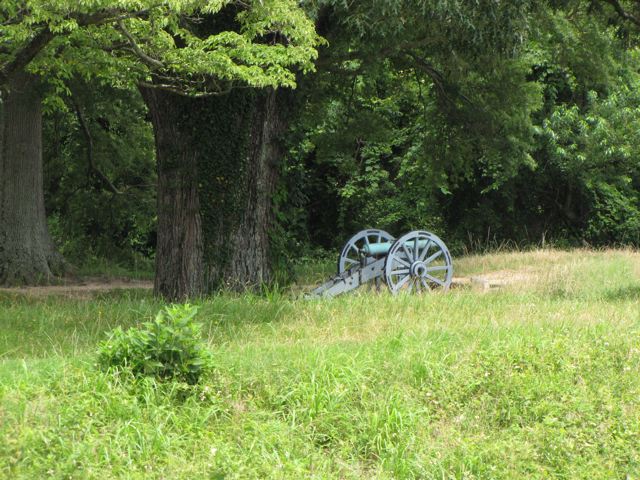 American Artillery Defenses
-----------------------------------------------------
It was our last full day of the Institute and I was running out of historical energy. The week long Institute was intense, with breakfast starting at 7:00 AM and the evening program often ending around 10:00 PM.  It was a week of fifteen hour days of constant colonial history and we were all reaching the point of information saturation... in other words... my brain was full.  I didn't have any room left upstairs to store one more colorful story, one more interesting fact, or one more tour guide's presentation. I was starting to look forward to just going home and cutting the grass... did I just really say that?   But before it was time to pack up and go home, we had one more full day at Yorktown.  Jump on the bus and come along for the ride because we are about to end with the end... of the war. 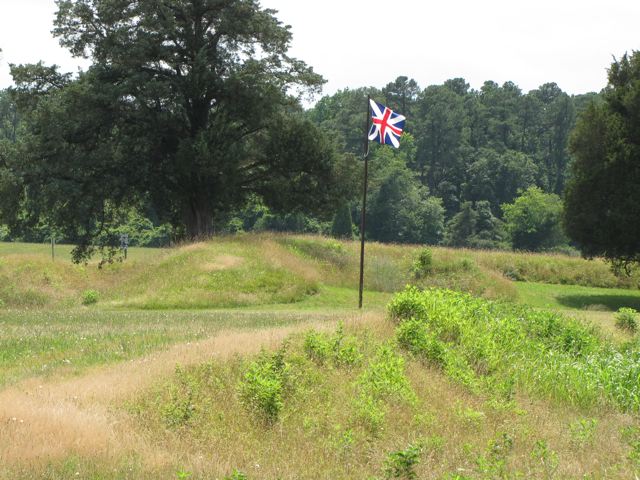 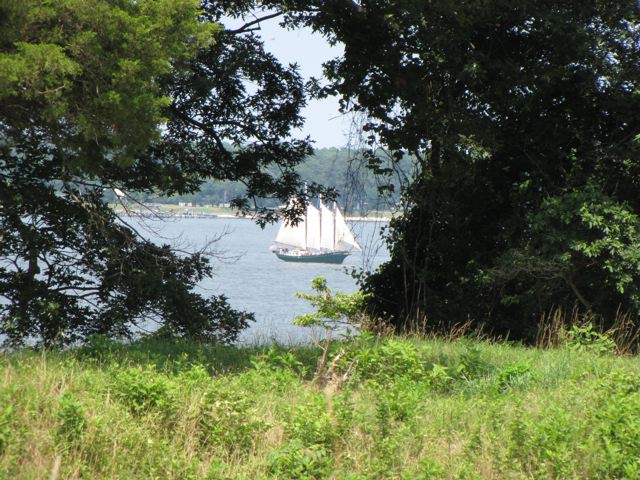 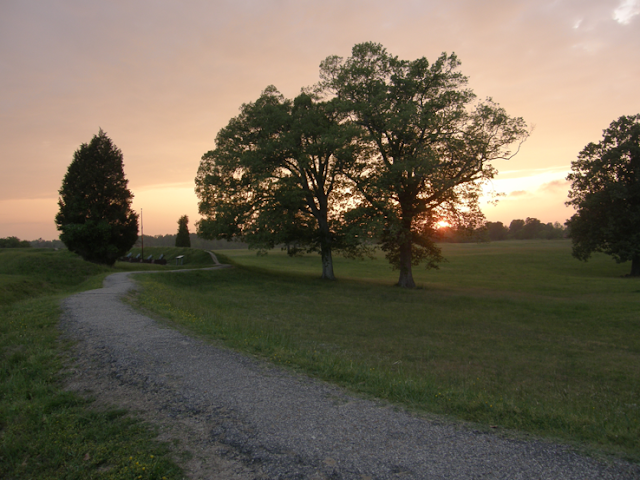 Sunset Over Battlefield
-----------------------------------------------------
Clinton delayed sending the Royal Navy to Cornwallis not realizing how dire his situation was becoming.  Washington and the bulk of the Continental Army quietly slipped south to join the siege surrounding Yorktown.  A cannonball was fired onto the British position every minute, 24 hours a day, forcing the British infantry to constantly scramble for cover .  The explosive shells were relentless, forcing Cornwallis and his officers to seek protection in underground quarters.  The Royal Navy was on the way but when they arrived the French Navy was already in the Chesapeake Bay unloading Rochambeau and the French Marines.  Next, the two navies came together by chance off the coast of Virginia and the explosive exchange of this small and mostly unknown battle would ultimately decide the outcome of the entire war.

Naval Engagement / Nicholas Pocock
-----------------------------------------------------------
The two navies took time to get into proper naval formation following Articles of War as Ships of the Line.  The fleets began to pass one another in single file rows inflicting heavy damage on one another.  Neither fleet was strong enough to dominate the other and the battle eventually ended in a stalemate.  The French had successfully blocked the British fleet from reaching Yorktown to rescue the British and Cornwallis was now facing complete defeat.  The damaged fleet returned to New York City for repairs prompting General Clinton to immediately send out a second fleet south to Virginia. Time was becoming a factor and the waiting game was getting old for Cornwallis.  Supplies were beginning to run low and his men were worn from fatigue and sickness. 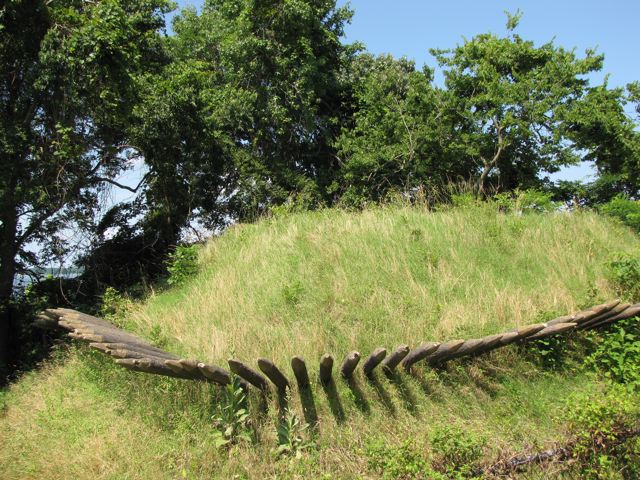 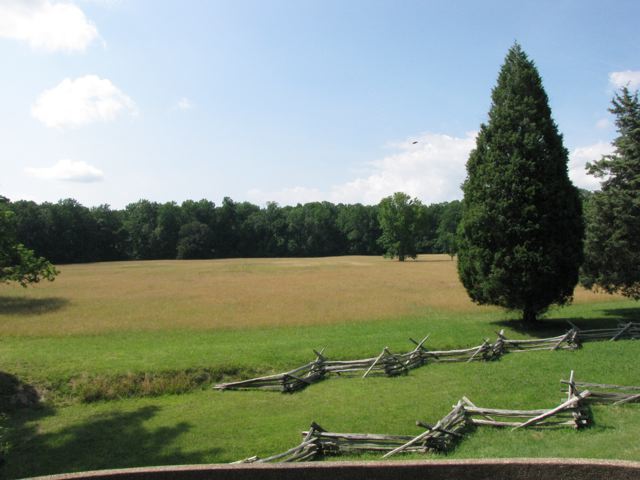 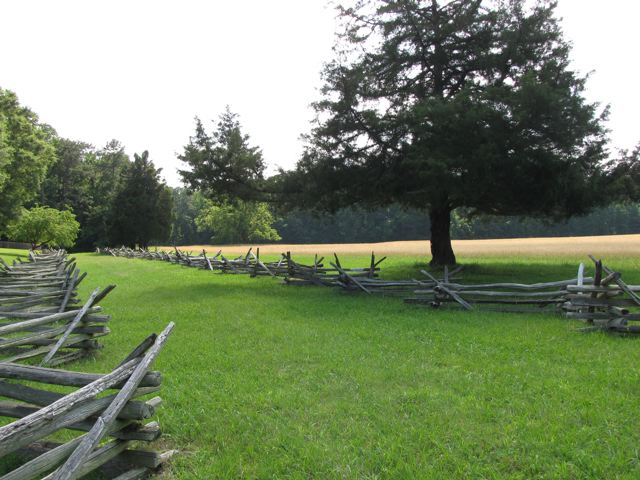 Surrender Field Lane
-----------------------------------------------------
The formal ceremony took place on what today is called Surrender Field.  For the powerful and proud British Army it was a bitter event, with soldiers throwing their weapons down on the piles as they disarmed.  A military band played The World Turned Upside Down, a fitting tune for the occasion.  The war would go on with small skirmishes for two more full years but the events at Yorktown marked the last major fighting between organized troops.  The war was pushing England deep into debt and wrecking the country's economy.  With public pressure mounting, Parliament soon lost the will to continue the war effort. England's Prime Minister Lord North resigned from office. 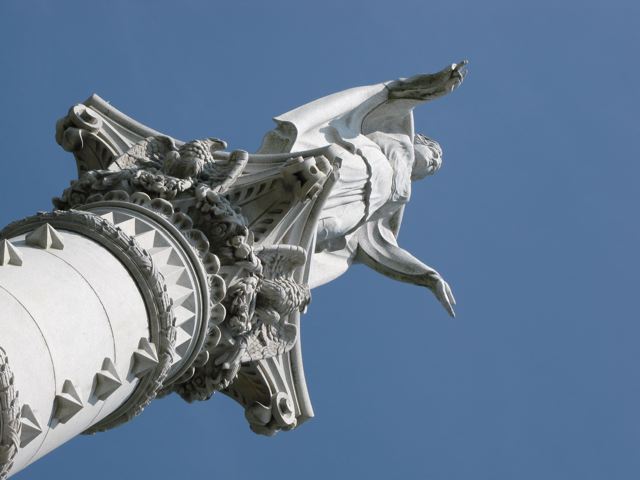 Yorktown Monument
-----------------------------------------------------
A short distance from Surrender Field is the Yorktown Monument that commemorates the joint American-French Alliance that sealed the defeat of the British and gave birth to the American nation.  The memorial stands almost 100 feet tall and looks out over the scenic York River. It is ironic that the naval battle (Battle of the Virginia Capes) that proved so important in the conflict was actually a stalemate without a single American present.  Perhaps this is why so few Americans today know or remember the importance of this decisive engagement.  General Clinton's second rescue fleet arrived five days too late not finding any British troops to rescue.  It is also worth noting that British rule in North America began (Jamestown) and ended (Yorktown) within 20 short miles of physical space. 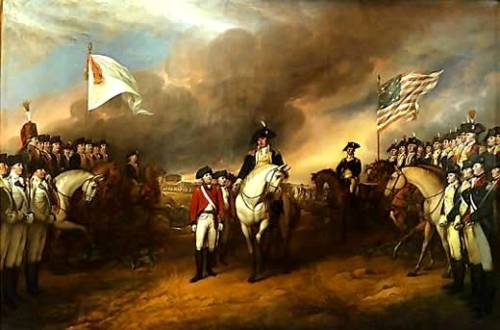 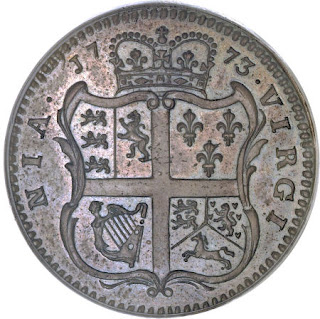