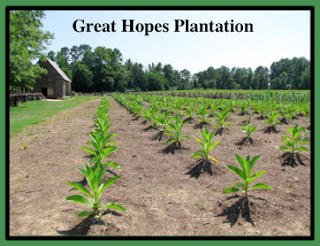 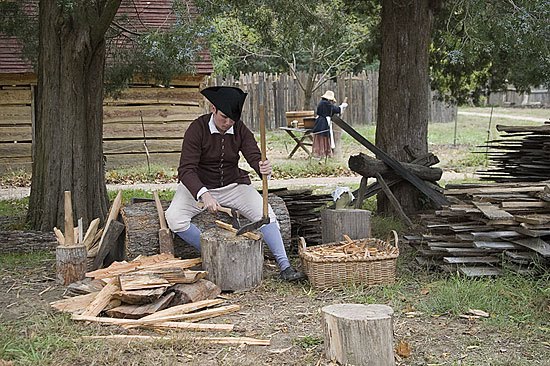 Plantation Master Pitches In
-----------------------------------------------------
Great Hopes Plantation is a nice example of a small southern tobacco farm in the tidal region of coastal Virginia.  It was originally located in York County, Virginia during the 18th century and has now been recreated next to Colonial Williamsburg.  It is within walking distance and is an extension of the historic town's educational exhibits.  The property represents a farm of middling wealth that would have been worked by a labor force of three to five slaves or indentured servants. The buildings were simple, sturdy structures designed for practical purposes, rather than architectural design. Unlike wealthy plantations, the difference between the family home and the slave cabin were minuscule.  A plantation this size provided a way to make a simple living and raise a family. 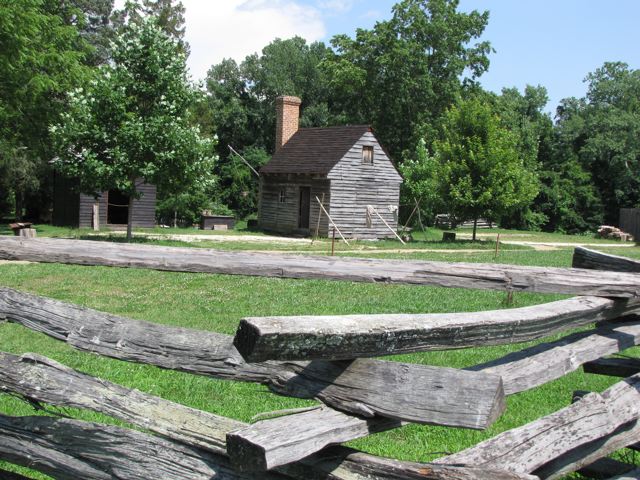 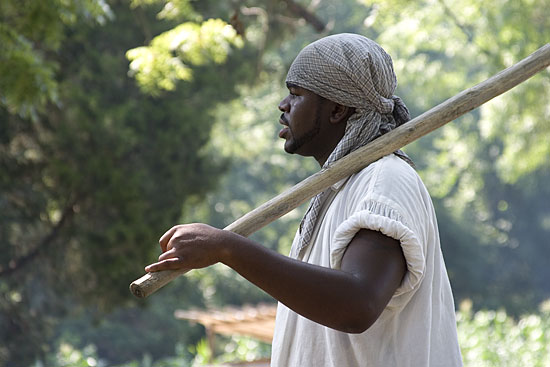 Field Hand Slave Labor
-----------------------------------------------------
Slaves were more valuable than the land they worked, often accounting for 75 to 90 percent of a landowners worth.  Considered property and used as collateral to acquire business loans, slave labor was reserved for the wealthy who ran large corporate farming operations.  Most people could never afford the $500 to $1,500 market price for a single slave.  The majority of farming families created their own work force by having large families. Others supplemented their labor needs by buying the contracts of indentured servants who worked off the cost of their passage to the New World.  Indentured servants were cheaper to purchase but were temporary help, typically working for a period of two to seven years depending on their age and the details of the contents of their contract. 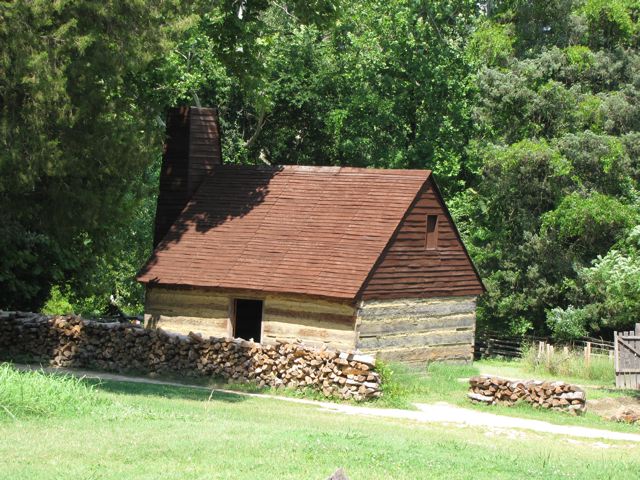 Slave Cabin Exterior
-----------------------------------------------------
Slave cabins were typically one-room structures with a loft in the attic, which was usually reserved for the older children.  The interior was practical and with log walls void of decoration, a few simple pieces of hand made furniture, and a hard packed dirt floor. The cabin housed an entire extended family or more, depending on living arrangements. People's entire lives were framed within the simple walls as birth, life, and death occurred with the passing of time.  Slaves were often given food rations once a week and a set of clothing once a year.  Many slave families had their own gardens near the cabin to supplement their diet and could sell any surplus vegetables at market. 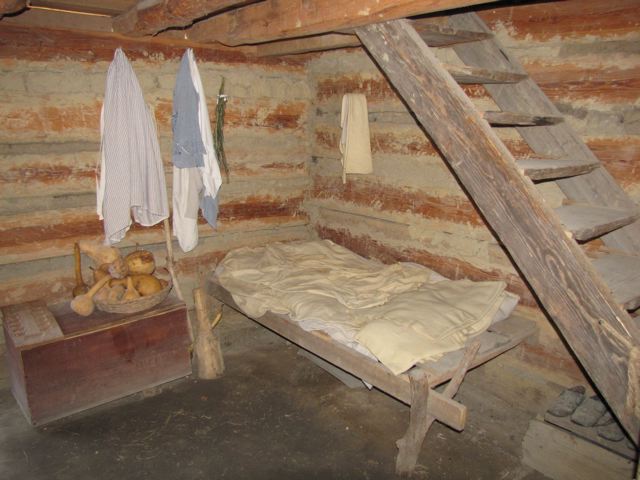 Slave Cabin Sleeping Quarters
-----------------------------------------------------
The hearth provided a place to prepare food and heated the home during winter months.  Fieldwork was often carried out by women and children while men were often trained in a specific skill that would increase a slave's value.  Some slaves became craftsman performing multiple trades including carpenters, black smiths, coopers, and wheelwrights.  Often they were hired out to other farms in need of skilled labor.  As a slave increased his value, he could also increase his quality of life.  Often skilled slave craftsmen could keep and sell the products they produced for profit on a specified day, if their predetermined quotas were met beforehand. 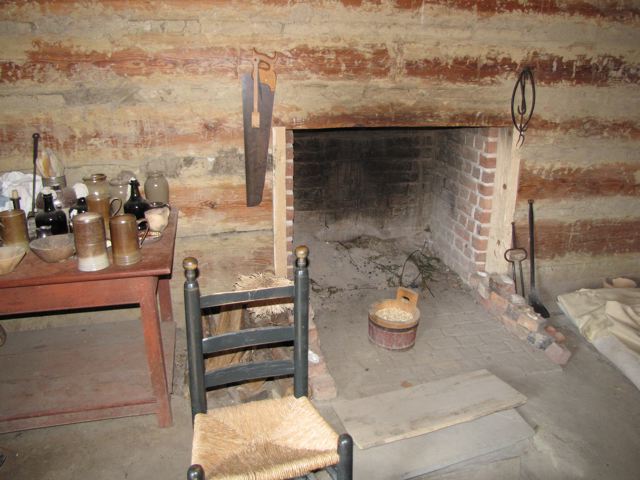 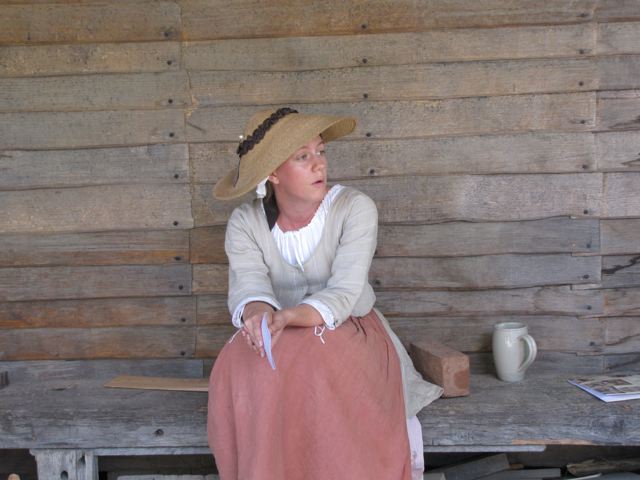 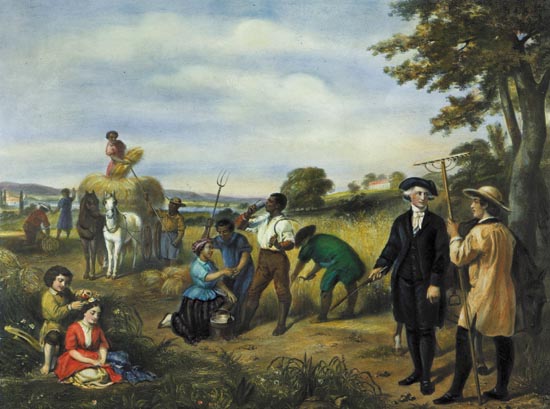 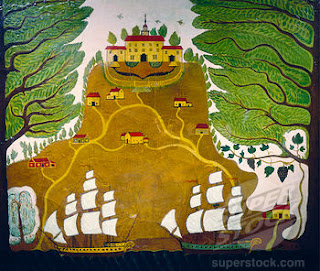