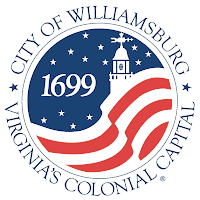 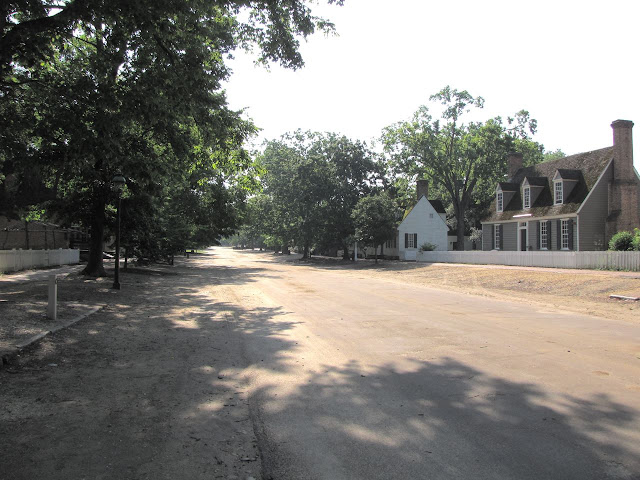 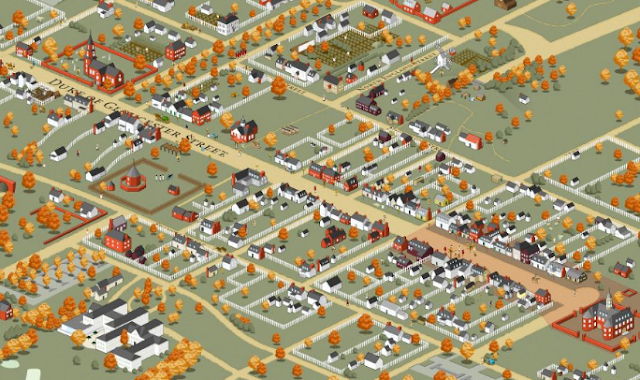 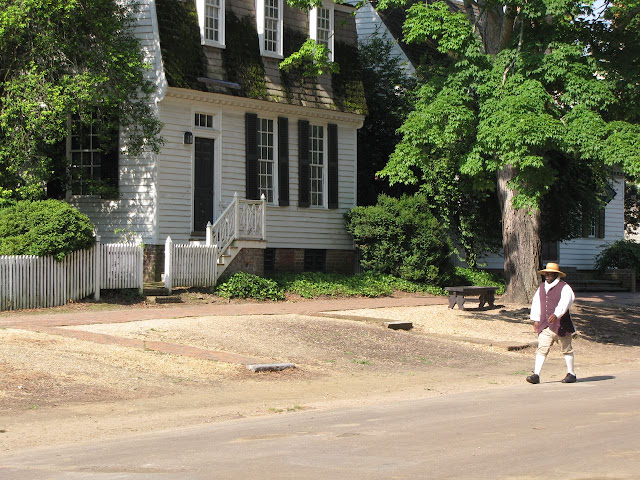 Morning Stroll to Work
----------------------------------------------
The tree-lined street from the college to the capitol building is about a mile long and very broad at 99 feet wide. Over the years the roadway became very uneven through erosion becoming full of ruts and sinkholes. Locals often liked to joke that the Duke of Gloucester Street was 100 feet wide and 2 feet deep following a soaking rain. Today the center of the street is paved flanked by cobblestones to prevent erosion and muddy tourists tracking dirt into the restored buildings.  The Duke of Gloucester Street was once the heart of Virginia, where the most important people of the colony converged to conduct business, attend to legal matters, or vote in the elected legislature known as the House of Burgesses. For over 80 years Williamsburg was the powerful southern center of the English Colonies but the drums of war soon put the city at risk. Virginia's capitol was moved further inland to Richmond during the American Revolution, to protect the capital city from the guns of British warships.  As the government, businesses, and courts moved the bulk of the population to the new capital city, Williamsburg relapsed back into the slow pace of a peaceful small town. 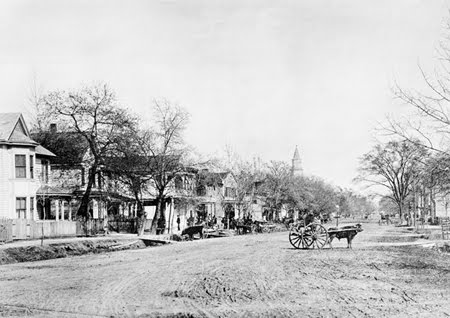 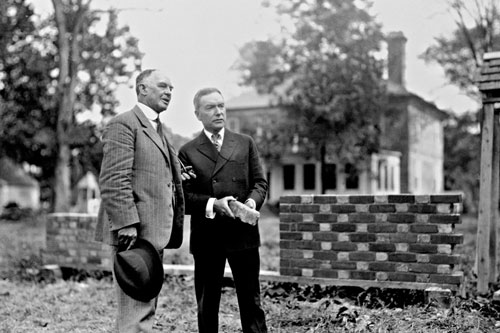 Goodwin and Rockefeller
--------------------------------------------------
The proposed preservation of Williamsburg was unique in size and scope because Dr. W.A.R. Goodwin was not out to restore a few buildings but the entire town, which had never been done before. The task would be enormous and would require massive amounts of financial support. The townspeople who would be displaced would also have to cooperate. Philanthropist John D. Rockefeller was inspired by Goodwin's vision and eventually came on board with is wife Abby Alrich Rockefeller to provide the major source of funding for the project. During the 1930's many properties were purchased and restored while others were rebuilt on their original foundations. The layers of paint and building modifications were pealed away to reveal the original structures, which were then meticulously preserved. Reverend Dr. W.A.R. Goodwin died in 1939 but his vision lives on and continues to expand to the present day. 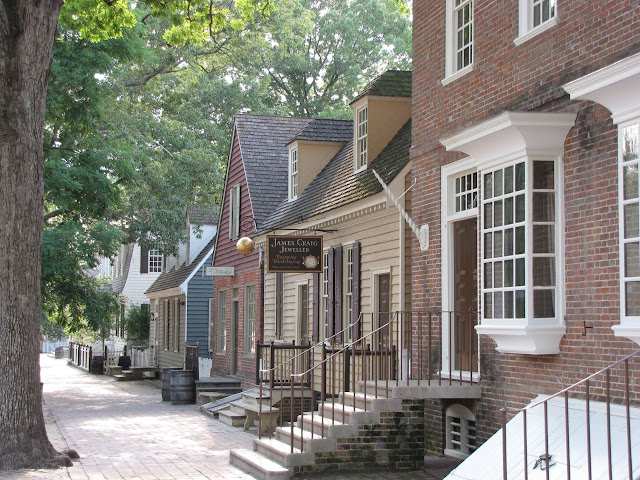 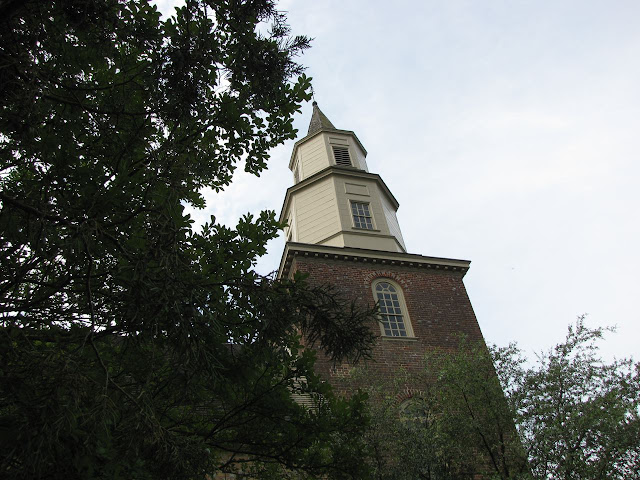 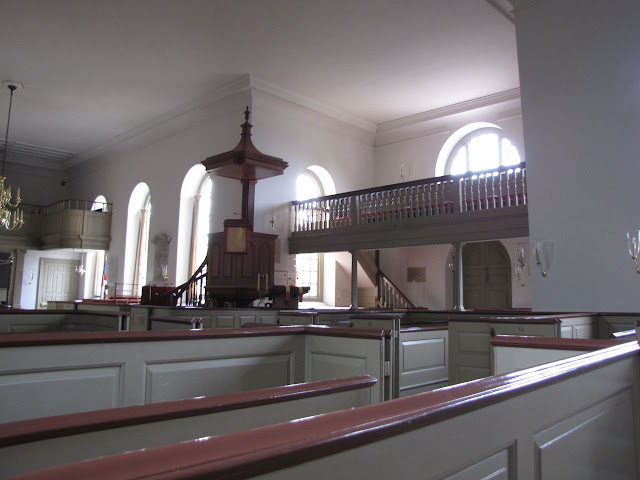 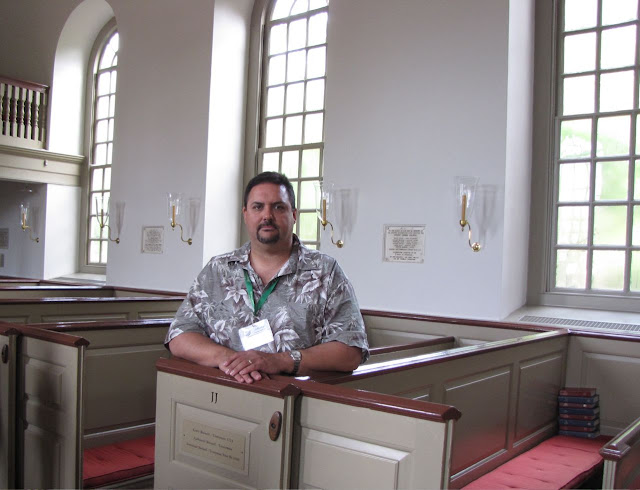 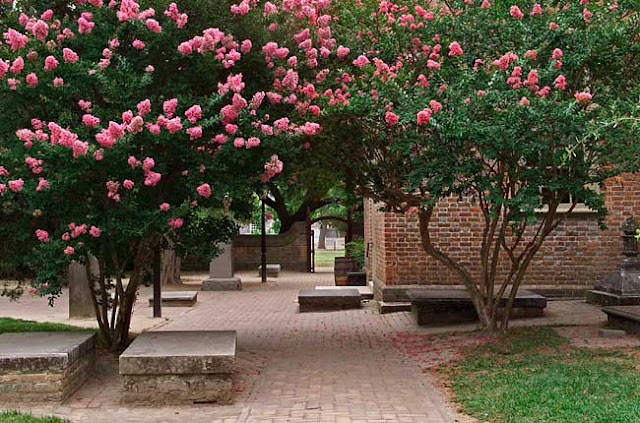 Did you know: Two of Martha Custis Washington's children (to her first husband) that died in infancy are buried here in the Bruton Church yard.

Did you know: Sixteen signers of the Declaration of Independence and three future presidents (Jefferson; Monroe; Tyler) attended the College of William and Mary in Williamsburg. 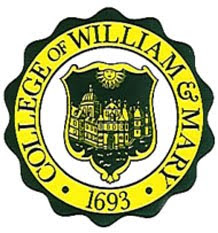