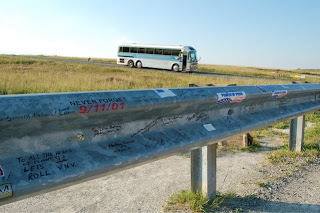 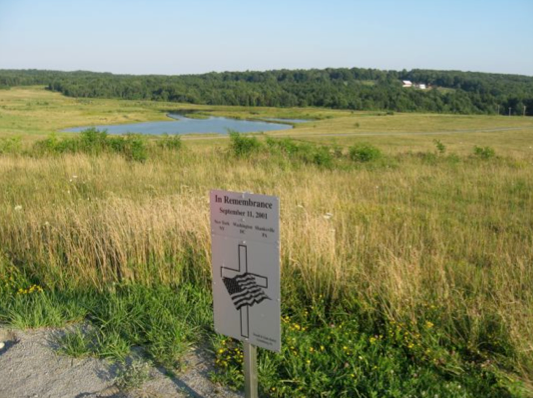 Last summer, I was privileged to be part of a PA Governors Teacher's Institution that involved travel across the Lincoln highway through South Central Pennsylvania. Out last stop was the crash site of Flight UA93, which is located in a lonely field near Shanksville, Pennsylvania. The attack on America on September 11, 2001 went far beyond the Twin Towers in New York City. The Pentagon in Washington D.C. and the quiet community of Shanksville, Pennsylvania were also physically touched by the tragedy. In fact, the entire nation and much of the world were emotionally touched. Which is why, so many people have made the journey to places like Ground Zero, the Pentagon, and Shanksville since the initial event. 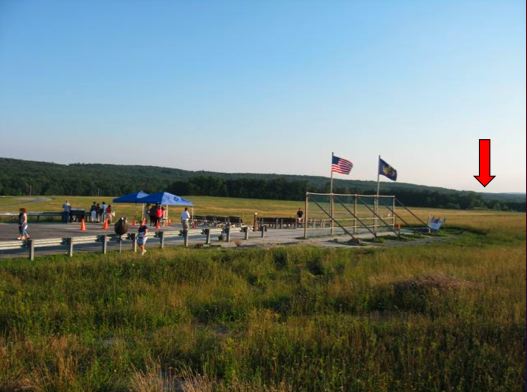 Shanksville is a far away place, far away from commercial cities, far away from political tensions, yet it became part of the sacred triangle of tragedy due to the selfless actions of a group of strangers who came together in desperation. The passengers of Flight UA93 took matters into their own hands, as the plane they were held hostage in, made an abrupt turn towards the nation's capital. The famous phrase of Let's Roll did not save the brave passengers of Flight 93, but their actions and eventual sacrifice did save the lives of unknown others who were sure to become human targets on the ground. The red arrow in the photo above and below designates the actual crash site between the field and tree line, which in not accessible to the public. This view is as close to the crash site as visitors can get. 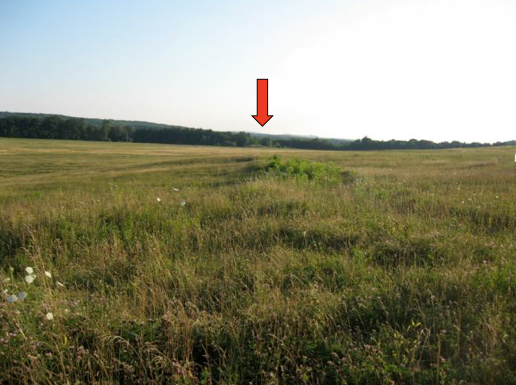 Crash Site Location
-----------------------------------------
The site is just as quiet now as it was before the tragedy but for different reasons. The property is actually a reclaimed coal strip mine, which up until the crash, was reclaimed as fertile, productive farmland. The area is peaceful and beautiful with sprawling green meadows, green woods, distant colorful farms, and even a calm lake. This quiet setting naturally lends itself to the current task of mourning tremendous loss. However, there are intense tensions swirling just outside the quiet. A tug of war of control has ensued between conflicting interests over what should be done, concerning the future of the property. 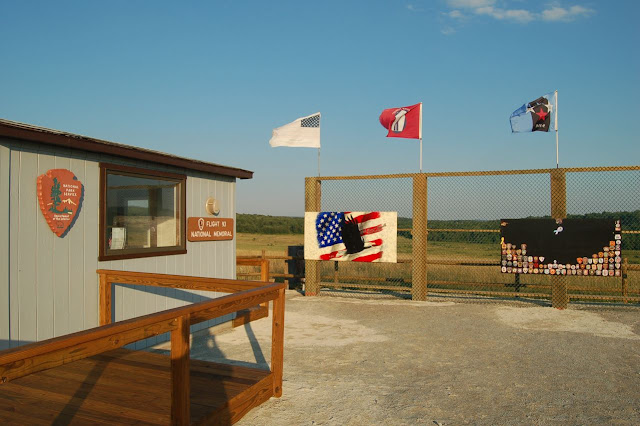 Federal Government Presence
-----------------------------------------------------
First and foremost are the victim's families who want control over how the site should be developed as a memorial to honor their lost loved ones. In addition to a monument, the site will also forever be a cemetery as the fallen remain on site, entombed within the crash site itself. The landowner also has a stake in what happens. Since the tragedy, the landowner has not been able to farm the land and has lost several hundred thousands of dollars in lost crop revenues. The small shed in the photograph above represents the Federal Government's presence on the site, staking a claim to what role they may play within the future development of the property. And last but not least, you have ordinary Americans who feel a connection to the event and often leave monuments and tributes of their own behind that remain long after their visit. 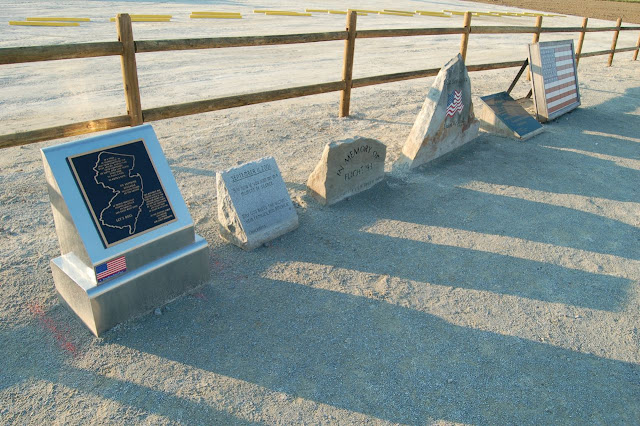 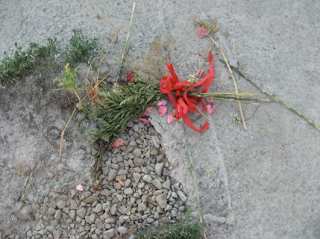